Michael Rapaport Says LeBron Might Actually Be Greatest of All Time 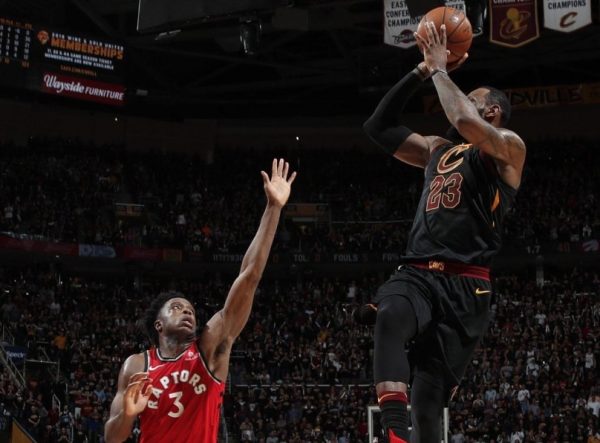 There are plenty of James haters on social media from all walks of life but perhaps the most notorious celebrity from among them is Michael Rapaport. The comedian and media personality went on social media after the Cleveland Cavaliers went 3-0 against the Toronto Raptors the other day. James won Game 3 for the Cavs with a buzzer-beater, his second game-winning shot of the 2018 NBA playoffs.

Rapaport went public with his thoughts on James afterward and, surprisingly, praised the 15-year veteran as perhaps the best player in league history.

“I think LeBron James might be the best basketball player ever,” Rapaport begrudgingly acknowledged in his video. “And I’m probably going to take this video down, but on a humble Sunday morning, I think he actually might be the best. The guy’s un-f—ing-believable. I don’t understand how, 15 years in, he could be having his best playoff series ever. So, like I said, I’m probably going to take this video down because I don’t want this evidence floating around, but if you’re seeing this now, that’s where I’m at.”

Unfortunately, he made good on his promise to delete the video but not after James supporters grabbed and reposted it soon after.

The Cavaliers eventually relieved the Raptors of their misery in Game 4 by handing them the broom via a lopsided 128-93 humiliation. James averaged 34.0 points, 8.3 rebounds, 11.3 assists, 1.8 steals and 1.0 block per game this postseason against the Canadian franchise. But more than just the statistics, James had numerous highlight worthy and memorable moments in this series that are now indelibly etched in the mind of every fan.

Love him or hate him, the four-time MVP deserves respect as one of the best NBA players ever. Whether he’s the greatest of all time or not is an argument that will continue to be had for as long as he keeps raising the bar of basketball excellence.

For at least one LeBron hater, however, he has finally succumbed to the greatness of the King.