Cavs Rumors: Tristan Thompson Not Likely to Be in Cavs Uniform by Season Opener 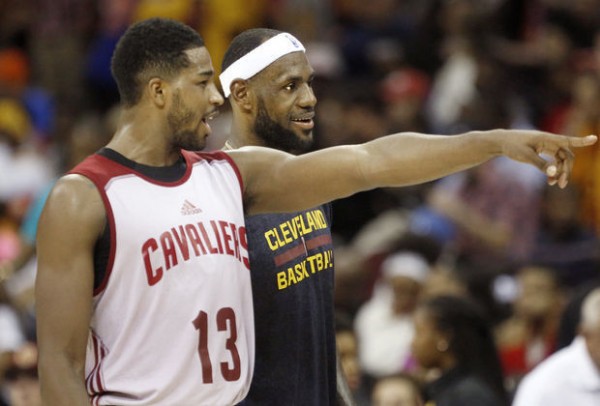 There seems to be no end in sight to the Tristan Thompson holdout.

According to Chris Haynes of Northeast Ohio Media Group, the Cleveland Cavaliers and Thompson have had “no communication ongoing.” The 24-year-old power forward failed to pick up his $6.8 million qualifying offer more than two weeks ago.

“In fact, there doesn’t seem to be a sense of urgency from either side in reaching an agreement. And that means Thompson’s stalemate will continue to hover over the organization like a black cloud, a cloud LeBron James considers a distraction.”

Adding more juice to the situation is that LeBron James continues to be in constant contact with Thompson during the negotiations. In regards to the stalled negotations, James stressed that he talks to the young forward more so on a personal level:

“I try not to get involved in that, as far as what the team is speaking on or talking about. It’s basically more on a personal level, asking him how he’s doing and if his mind is right and things of that nature. There’s a lot of things that’s much bigger than basketball, even though I know he would love to be here right now and we would love to have him here, but I kind of stray away from that.”

The possibility that Thompson could hold out the entire season is plausible. It is certainly one the Cavaliers do not want to endure considering the team has championship aspirations for 2015-16. Considering the amount of injuries the roster is currently dealing with, depth is certainly an issue entering the season opener.

With very little progress from both sides, it’s looking less and less likely Thompson will be in a Cavaliers uniform for the season opener on October 27th versus the Chicago Bulls.