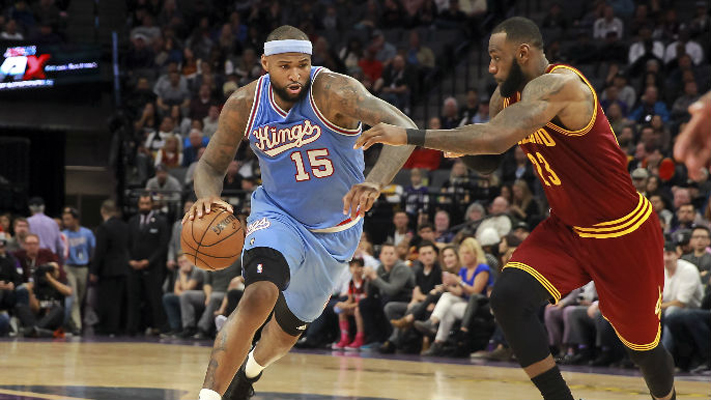 The Cleveland Cavaliers are still in the midst of playing in the NBA Finals, but that hasn’t stopped rumors from floating about potential offseason trade prospects. On Wednesday, one ESPN writer spoke about the possibility of the Cavaliers trading Kevin Love in exchange for DeMarcus Cousins of New Orleans Pelicans.

Marc Spears appeared on the Bay Area-based Murph & Mac podcast and suggested that should the Cavaliers lose to the Golden State Warriors in the Finals, they may be more amenable to dealing Love. Cousins, who averaged 27.0 points and 11.1 rebounds last season, is the player that Spears believes the Cavaliers could get in such a transaction:

“I could see them doing something major and making a big change,” Spears said. “If you want to mess with the Warriors, I’d try to dangle Kevin Love to the Pelicans to get (DeMarcus) Cousins. Not that Cousins has always played great against the Warriors, but if you put him in that environment…I think he re-signs to play with LeBron and he gives them something different to perhaps mess with the Warriors a little bit.”

Of course, almost since Love’s arrival in Cleveland, he’s been the subject of trade rumors, with Cousins a questionable option for the Cavaliers in the event they even consider making a deal. That’s because Cousins is an unrestricted free agent next year, which means that the Cavs run the risk of losing him. In addition, despite his ample talent, the volatile Cousins has had a checkered career in the NBA, often leading the league in technical fouls.

In the meantime, Love will attempt to get the Cavaliers back on track in Game 3 of the Finals on Wednesday night as they look to collect their first victory of the series.