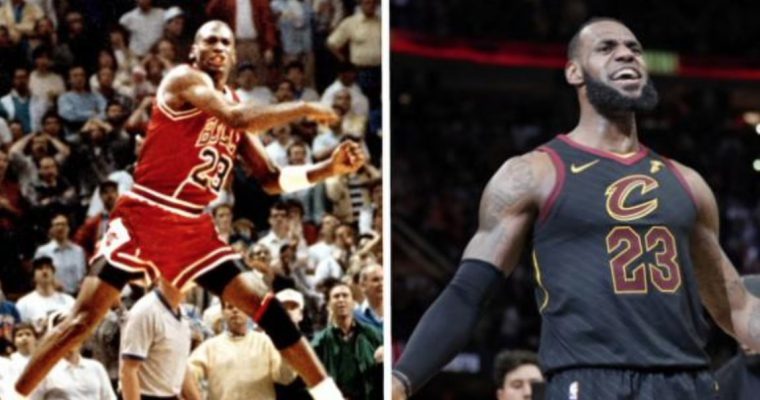 After the smoke cleared from Game 7 of the first-round series between the Cleveland Cavaliers and Indiana Pacers, LeBron James stood tall amongst all the players on the court. The 15-year veteran shredded the Pacers defense on his way to 45 points to carry his team to the next round of the NBA playoffs.

The Cavaliers won against the pesky Pacers 105-101, a much-needed victory considering the ramifications of a first-round postseason loss. James wouldn’t let that happen. He added eight rebounds, seven assists and four steals in a brilliant performance that once again showcased his versatility and dominance.

One who is familiar with dominance is Charles Oakley, the former Chicago Bull who played with Michael Jordan during his heyday. Last Sunday, Oakley complimented James on his career thus far.

No player in the history of the game has put together the body of work Lebron has.

It’s interesting that Oakley doesn’t think that Jordan, one of his best buddies up to now, earned that distinction in his eyes. Or perhaps he thinks that James surpassed Jordan when it comes to “body of work.”

Oakley isn’t saying that James is better than Jordan, he is merely stating that when it comes to the totality of a player’s career, the Cavaliers forward has amassed a more impressive resumé than anyone else in league annals.

As to who he thinks is the greatest player in the game, that’s probably another discussion altogether.

Nevertheless, it appears that the Cavs-Pacers series has caught the eye of the one-time bruising power forward.

James scored more than 40 points in three of Cleveland’s four wins. In Game 5, he had 44 points including the game-winning shot from beyond the arc with no time remaining on the clock.