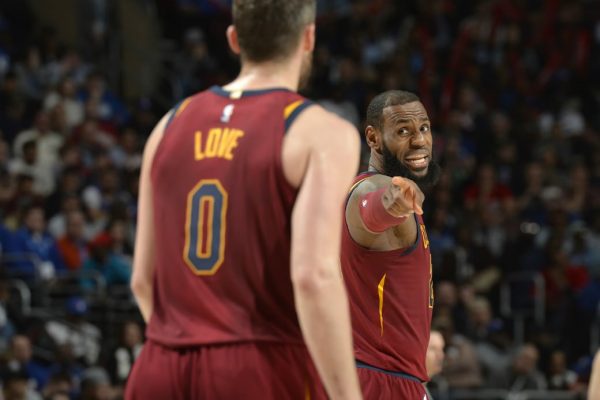 Cleveland Cavaliers center Kevin Love had another awful showing on Friday night as he finished a critical Game 6 against the Indiana Pacers with just seven points on 30 percent shooting from the field.

So far through the playoffs, Love is averaging just 11.0 points on an abysmal 32.4 percent from the field and 9.8 rebounds per game.

After the Cavs’ crushing 121-87 defeat at the hands of the Pacers, LeBron James spoke to members of the media and was asked about Love’s struggles.

LeBron James on Kevin Love's struggles: "He's a huge part of our success or our non-success… We can't make the shots for him, he has to step up and knock those down… If we want to have any success in Game 7 or to move on to the next round, Kev has to be a big part of that." pic.twitter.com/ZaACJgpGzZ

It’s clear that both James and the rest of the Cavs know that in order for them to have any success deep into the postseason, they need for Love to be the All-Star caliber player that we have grown accustomed to seeing in the regular season.

Although the big man won’t admit it, his struggles could be attributed to the sprained left thumb that he suffered in Game 2.

However, Lue said that the cause of Love’s struggles could be attributed to a multitude of factors:

“Offensively he hasn’t scored the ball as good as he’s capable of scoring,” Lue said. “It could be the thumb. A lot of it could be fatigue. He’s running around blitzing Oladipo at half-court, then sprinting back to get into the possession. It could be multiple things. We’ve just got to play better.”

Love will potentially have one last game to prove that he’s worth the $23 million that he’s getting paid this season as the Cavs will face off against the Pacers in a do-or-die Game 7 on Sunday.