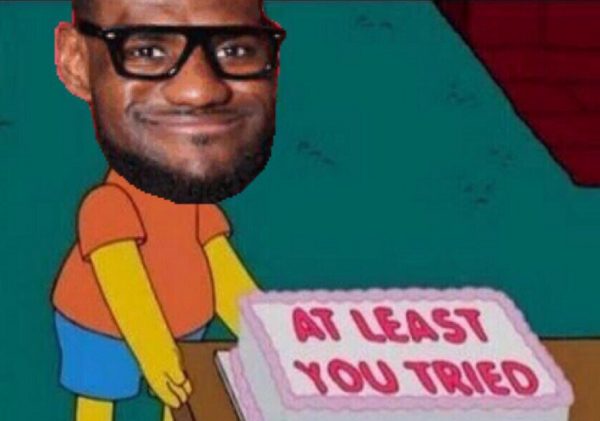 On a night when the Cleveland Cavaliers trailed the Indiana Pacers in Game 3 by as many as 26 points, the Cavs came back to win 119-114 and set an NBA playoff record in the process by erasing a 25-point halftime deficit.

1.2%-Cavaliers chance to win at half according to ESPN In-Game Win Probability

The feat is simply incredible, and the Internet wasted no time in poking fun at Indiana with hilarious memes. The Pacers, who absolutely needed this win on their home court, now trail the Cavs 3-0 in the first round of the Eastern Conference playoffs.

Here are 10 of the top memes reacting to the Pacers’ epic collapse against the Cavs on Thursday night:

1. The Pacers See You, Atlanta Falcons!

That’s cold-blooded. Of course, this meme takes a shot at the Atlanta Falcons’ 25-point third-quarter collapse to the New England Patriots in Super Bowl LI.