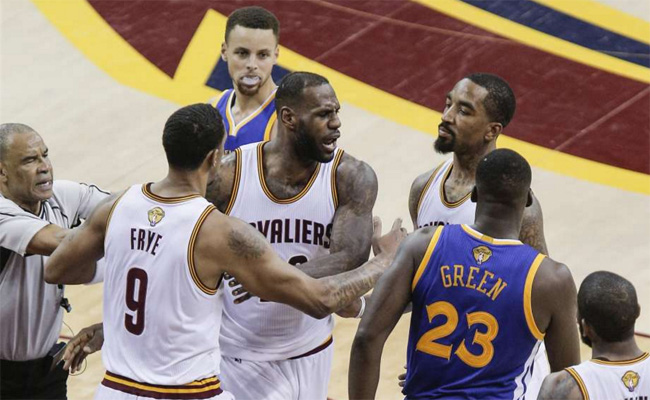 We all saw it.

LeBron James steps over Draymond Green, Green turns around and immediately has some words for James and that’s when the fuse lit.

In the postgame press conference on Friday after Game 4, James was asked what set him off. That’s when he replied that Green went “overboard” with his smack talk.

ESPN’s Dave McMenamin reported exactly which set of words set James off in the fourth quarter of Game 4.

According to a source familiar with the spat between LeBron James and Draymond Green, the trigger word was DG calling James a “b*tch”