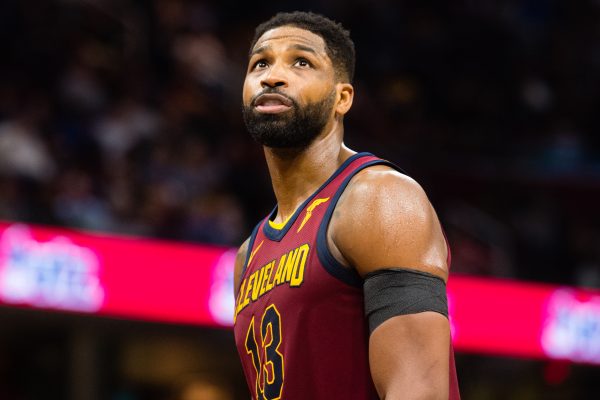 It’s rare for any player to be booed by his home team, but that’s what happened to Tristan Thompson on Wednesday night. When Thompson was shown on screen during the game between the New York Knicks and Cleveland Cavaliers at Quicken Loans Arena, the crowd rained down boos on the Cavs center.

The jeers, which were noticeable but not too brash, could have been worse considering the scandal that Thompson was recently involved in.

#Cavs fans booed Tristan Thompson when he was shown on screen. He wasn't announced coming off the bench by the PA announcer, either.

TMZ reported that Thompson was caught on video cheating on his girlfriend, Khloe Kardashian, with two women on Oct. 7, 2017, but the video only went viral on Tuesday. In addition, Thompson was the subject of a more recent video in which he was seen going home with a New York strip club worker. The Cavs were at New York on Sunday to play the Knicks at Madison Square Garden the following night.

@RealTristan13 in case you didn’t see this during the game!! pic.twitter.com/I2GDLM9XMo

Kardashian is a reality television star and was staying home in Cleveland at the time, as she is close to giving birth to her first child with Thompson.

The Cavs center was also booed when he was called for personal fouls. Later in the second half, however, the fans appreciated Thompson’s efforts off the glass when he gave the team a couple of extra possessions with his work on the boards.

The Cavaliers and Knicks played their final regular season game on Wednesday night with the latter coming out on top 110-98. Thompson scored 10 points and grabbed nine rebounds in 30 minutes of playing time.