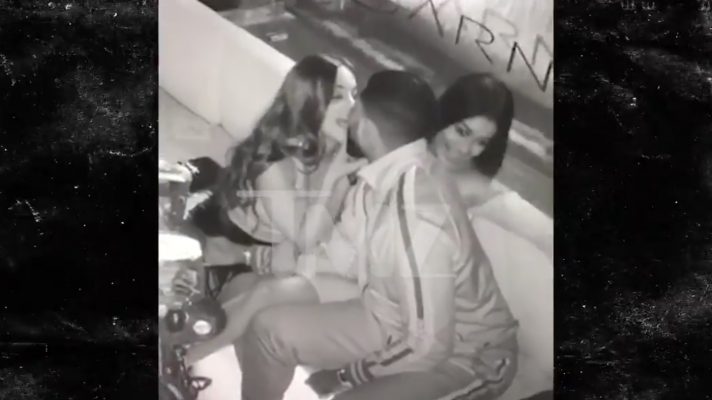 The Cleveland Cavaliers have one game left in what’s been a chaotic season filled with injuries, player trades and any number of dramatic subplots about the future of the franchise. On Tuesday, the latest bit of insanity was injected into the team’s collective bloodstream with news of a video involving center Tristan Thompson being unfaithful to his girlfriend, reality star Khloe Kardashian, during the preseason last October.

TMZ Sports posted the video of Thompson with two women. Kardashian is expecting the couple’s first child, which could increase the potential for conflict at home at the worst possible time for the Cavaliers.

The 2017-18 campaign has also been a bumpy one for Thompson on the court, with a pair of injuries taking him out of the lineup for a good portion of the season. This year, the veteran has played in just 52 of the team’s 81 games, starting in 22 of those matchups. He’s averaging 5.7 points and 6.6 rebounds per game, numbers that are decidedly down from his past seasons.