Video: Tristan Thompson Seen With Yet Another Woman Amidst Cheating Reports 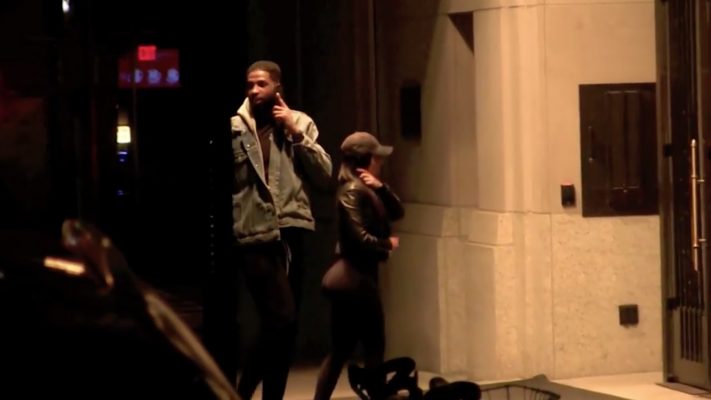 Cleveland Cavaliers big man Tristan Thompson has surely had better days. Just one day after TMZ posted a video of Thompson cheating on his longtime girlfriend and future mother of his child Khloe Kardashian, another report has revealed that Thompson cheated on Kardashian with yet another woman.

Thompson was caught getting physical with a New York City strip club worker named Lani Blair while the two were at Manhattan’s PH-D Lounge on Saturday night.

Based on the report, the two spent much of the night together as they were later seen on their way to the Four Seasons in New York City where they spent several hours together before Thompson reappeared in a new outfit.

Both this and Tuesday’s explosive report come just days before Kardashian is expected to give birth to her and Thompson’s first child together.

She is reportedly in Cleveland at the moment, waiting to give birth to the couple’s daughter. While the two have been together since 2016, it is unclear how much longer that love will last.