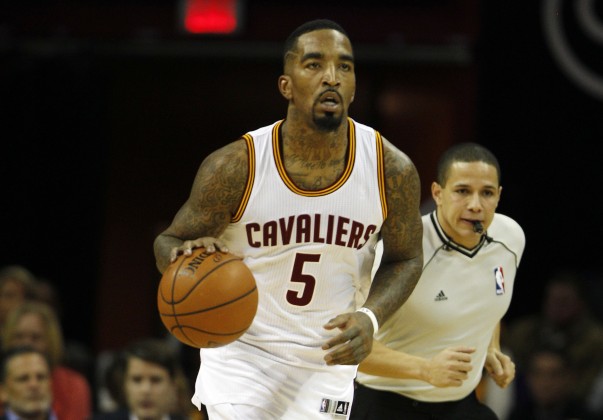 After being examined on Tuesday morning by medical staff, it was determined that Cleveland Cavaliers guard J.R. Smith had suffered both a right knee contusion and quadriceps tendinitis in Monday night’s game against the Philadelphia 76ers and will miss the team’s next two games.

Smith underwent an examination at Cleveland Clinic Sports Health and then had an MRI that confirmed the diagnosis.

Those two games will be at home against Smith’s old team, the New York Knicks on Wednesday night and the 76ers on Friday night. He was also considered doubtful for the team’s Sunday afternoon home matchup against the Indiana Pacers.

The absence of Smith will further deplete a Cleveland backcourt that’s already missing starters Kyrie Irving and Iman Shumpert, both of whom are not expected to return until January. However, the fact that both of Smith’s absences will come in home games against two of the weaker teams in the Eastern Conference alleviates some of the concern about his inability to play in those contests.