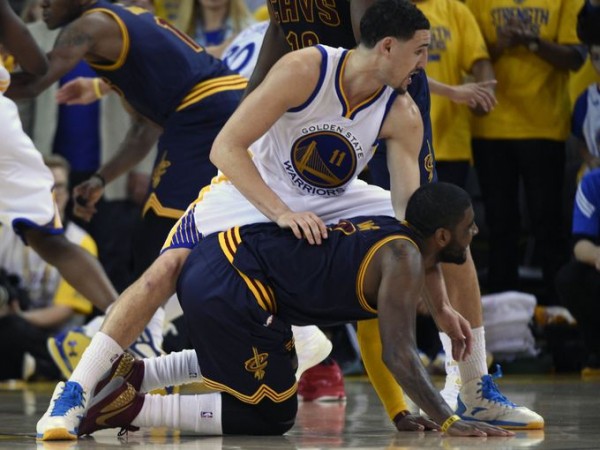 In the latest bit of speculation about the severity of Kyrie Irving’s injury and his status for the remainder of the NBA Finals, ESPN commentator Jon Barry stated that he had heard that the Cleveland Cavaliers believe that Irving won’t be able to return.

Barry made the comments during an interview on the Dan Patrick Show, but his veracity was somewhat suspect given his phrasing of the potentially devastating news. “I heard something from a Cavalier person – and this is not documented – but they feel like he’s done for the series,” said Barry.

Known more for his bombastic style than his reporting skills, Barry may simply be looking to get ahead on the story if bad news is on the way. While that may occur, if Irving is able to return to the lineup, Barry will face an onslaught of criticism as well as watch his credibility crumble.

Of course, until the results of an official MRI that will be taken Friday afternoon are released, there’s no way of knowing what Irving’s potential status is, beginning with Game 2 of the NBA Finals on Sunday night.