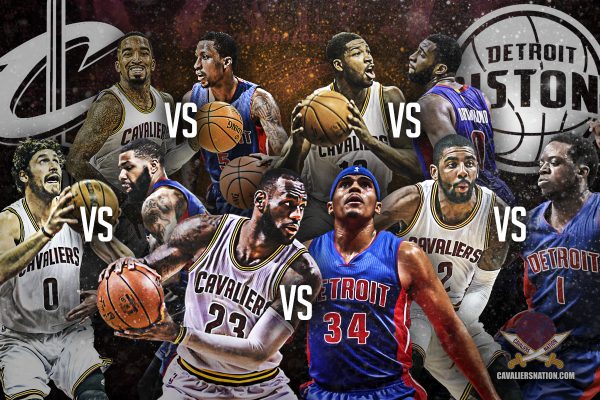 After a long season which featured a fired head coach, a public breakup, subtweets and the usual slew of injuries, the regular season is finally over and the playoffs are set to begin.

The top-seeded Cleveland Cavaliers open up the second season Sunday afternoon at 3 p.m., when the eighth-seeded Detroit Pistons come to town.

In order to prepare, let’s take a look at a position-by-position breakdown of the starting lineup for each team, and decide who has the advantage at each position, starting with the point guards. 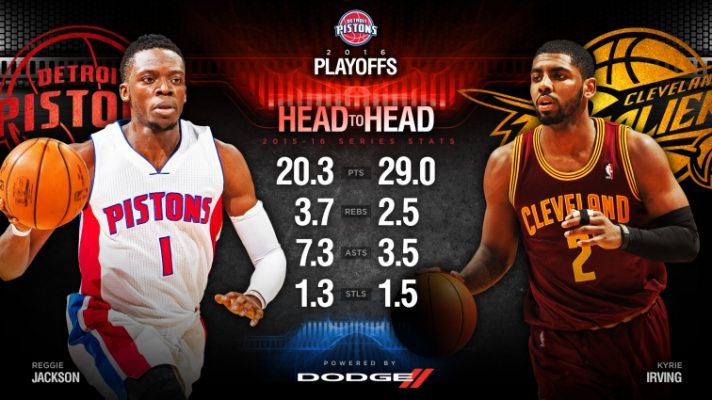 Reggie Jackson has shown a surprising amount of improvement as well as an ability to command an offense during several games this season with the Pistons. It seems as though the trade away from OKC has done wonders for Jackson, as he has posted career-high numbers of 18.8 points and 6.2 assists per game while shooting 35.3-percent from behind the arc. Unfortunately for the Pistons, Jackson was forced to the sideline Wednesday night with an abdominal strain that may cause him some problems in the series.

Because of that, Kyrie Irving should look to dominate this matchup. Irving is still an elite scorer at the point guard position, as evidence by the fact that he has eclipsed the 30-point mark eight times this season despite playing just 53 games. Similarly, Jackson has also eclipsed 30-points eight times, but it took him 26 more games to reach the number. The abdominal strain, combined with the fact that Irving has proven to be the better player, should give the Cavaliers a significant advantage in this matchup.