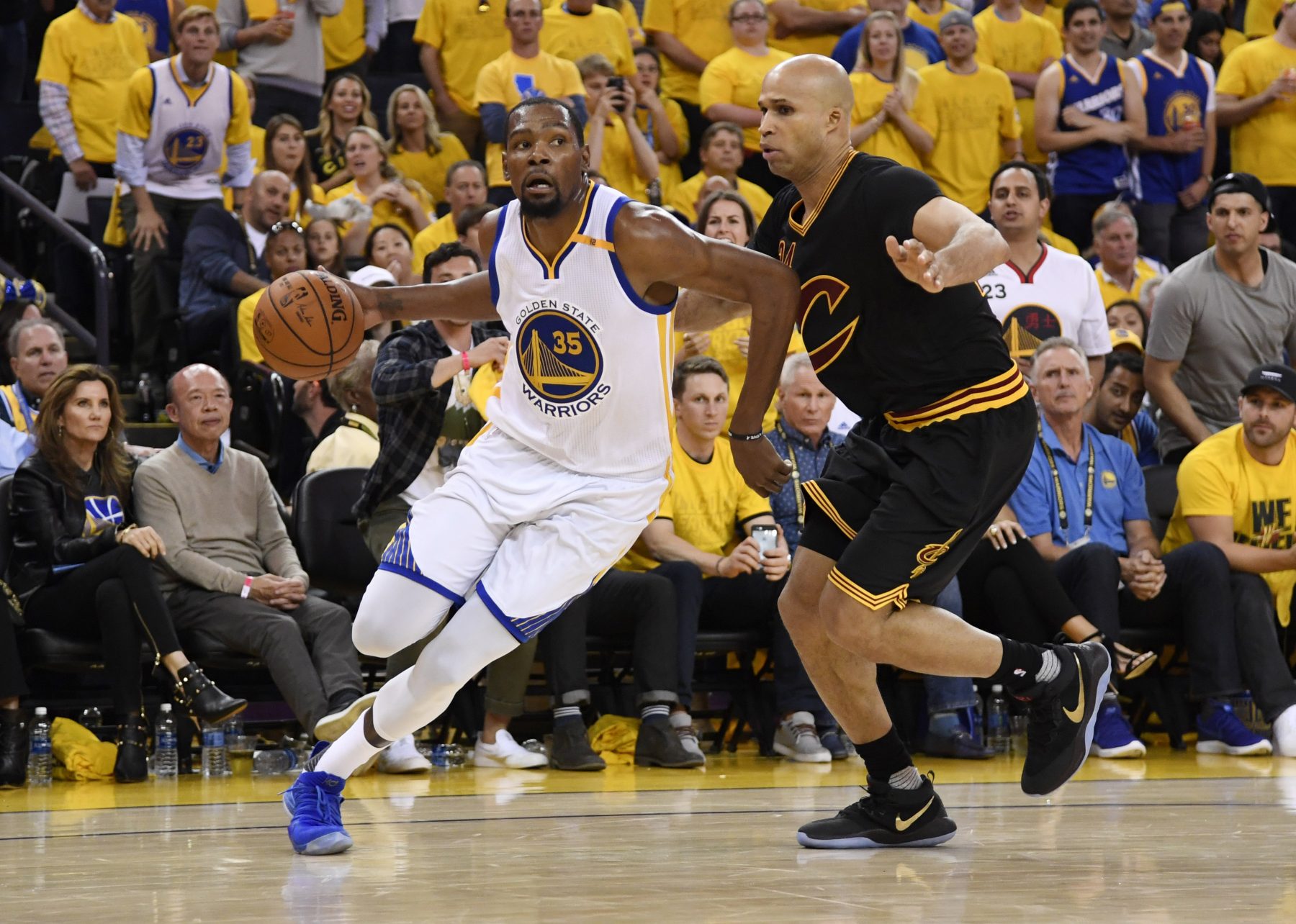 Golden State Warriors forward Kevin Durant is indisputably one of the best players in the NBA.

And former Cleveland Cavaliers forward Richard Jefferson thinks Durant may be the greatest offensive player the sport has ever seen.

Jefferson was on ESPN’s “Get Up!” on Monday, and had only the highest praise for Durant, a 10-time All-Star and two-time NBA Finals MVP.

“Michael Jordan was 6-foot-6,” Jefferson said. “Kobe Bryant was 6-foot-7, 6-foot-6. So when you’re watching these guys, even LeBron James is 6-foot-9. But Kevin Durant is a full three, four inches taller than all these guys, with that length. He is the most unguardable human that’s ever been created, from an offensive standpoint. Can shoot, can dribble, can pass, can drive, can do everything. And right now is literally the prime and the pinnacle I think of his career.”

Jefferson has certainly witnessed Durant’s greatness. The two met in the 2017 NBA Finals, when the Warriors beat the Cavs in five games behind 35.2 points per game from Durant.

While many have criticized Durant’s decision to join the Warriors, Jefferson defended it, and noted that the perception of Durant isn’t as high as it should be.

“He is the most dominant player in the world right now, what he has been able to do,” Jefferson said. “So it does make it a little bit easier for him to team up with another two-time MVP (Stephen Curry) and a team that’s already won a title. I’m not critiquing that. I’m just saying that when you look at it as a whole you’re like, ‘Man, this guy has it all.'”

Durant has been having a stellar run in the playoffs this year, averaging 35.0 points, 5.3 rebounds and 5.0 assists per game.