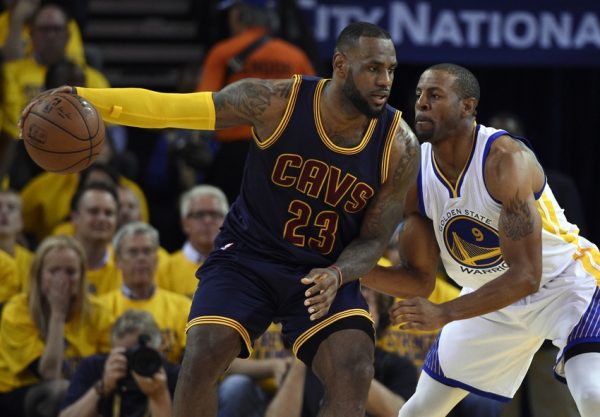 Cleveland Cavaliers superstar LeBron James is never one to waver in his confidence on the basketball court and that was made clear on Sunday as the four-time MVP spoke to media.

James was asked about his thoughts on the Cavs’ chances in the NBA Finals against a Western Conference juggernaut in the Golden State Warriors.

“I feel good about our chances. Very good,” a confident James replied.

The reason for the three-time champion’s unwavering confidence can be attributed to the monstrous performances he has put up in the past. In addition, James already has three NBA Finals MVPs and three championships under his belt.

During the 2016 NBA Finals, James averaged 29.7 points, 11.3 rebounds, 8.9 assists, 2.6 steals, and 2.3 blocks per game, while leading both teams in every major statistical category. No player in NBA history had ever done what James did during those Finals.

Not to mention his 2015 Finals in which he took a Cavs team missing both Kyrie Irving and Kevin Love to six games against the fully healthy Golden State Warriors. In those Finals he averaged a ridiculous 35.8 points, 13.3 rebounds, 8.8 assists, and 1.3 steals per game, while the second most productive player on the roster was Timofey Mozgov, who averaged 14.0 points and 7.5 rebounds per game.