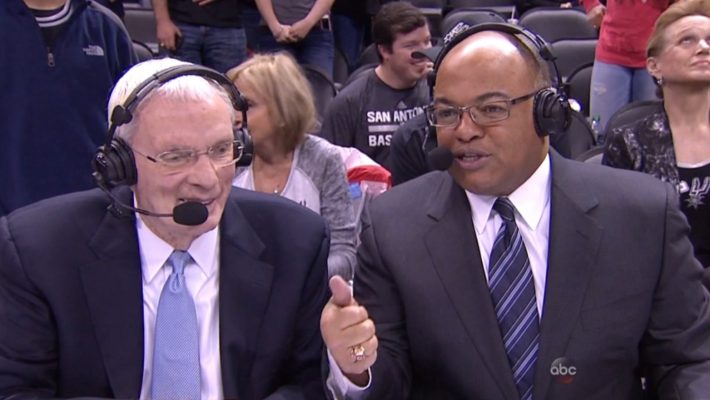 We thought we were hearing things during the Cleveland Cavaliers’ Game 4 matchup against the Atlanta Hawks, but apparently not.

“He’s one of the best we have in the league, either right-handed or left-handed, get down in there, jerk off the defender.”