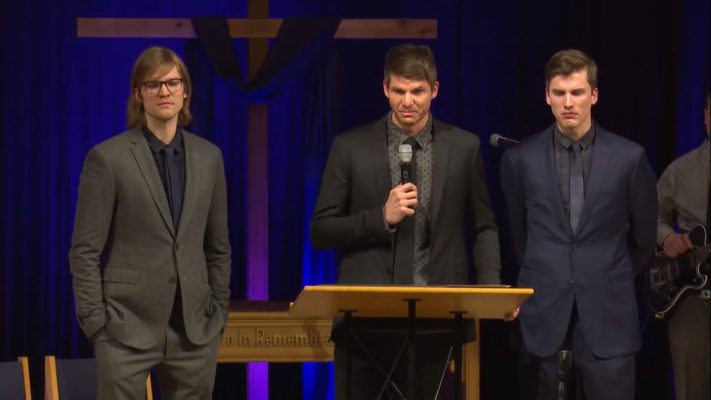 On Monday morning, Kyle Korver and the rest of the Korver family tearfully laid the youngest member of their family, Kirk, down to rest after his tragic passing last week.

Korver, the oldest of four boys, spoke at his brother’s funeral and thanked his parents for the love and support that they have given their family and their community.

“Harvest have come, and much more is coming,” he said from the pulpit of the Third Reformed Church in Pella, Iowa. “As much seed as you threw into this church, you have thrown into your sons.”

Korver held back tears throughout his emotional speech in which he discussed the importance of family and faith.

“We look back on the last few months of Kirk’s life, as he dealt with a body that was failing him and he didn’t understand why,” he said. “That he could spend his final months back in a home with the two people that showed him what unconditional love was. From the two people that he respected more than anyone in this world. That is a gift, that is God’s grace.”

Finally, Korver made it clear to his family and to those who are close to them that despite the loss, there will always be four Korver boys.

“It’s going to be different, there is a before and an after,” he said. “But you will always have four sons. There will always be four.”

It is times like these that even the most diehard fans are reminded that there are things that are far more important than basketball. Our thoughts and prayers are with Korver, and the rest of his family during this difficult time.