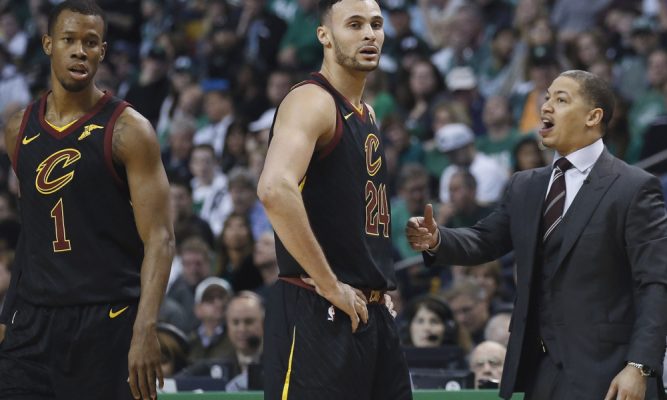 On Friday, the Cleveland Cavaliers announced that Larry Nance Jr., Tristan Thompson, and Rodney Hood, will all be back on the court for tonight’s matchup against the Phoenix Suns.

Cavs interim head coach Larry Drew made the announcement prior to the game, adding that while all three players have been activated, none will start in Friday’s game.

“I really didn’t want to disrupt the starting five that we have out there right now and those guys will be playing limited minutes, so I wanted to slowly get them back, acclimated to what we’re doing,” Drew said. “There’s a chance that there could be some early substitutions to get the guys in there. I’m not ruling that out, but right now I just kind of want to stay with the flow, stay with what we’ve done the last couple of ball games and then we’ll probably after tonight we’ll see as far as where we stand as far as starters are concerned.”

All three players have missed multiple games, with Thompson missing the most time out of the three in his nine-game absence. Nance and Thompson being back on the court will surely have an impact on the Cavs’ depleted frontcourt, and Hood’s return will likely help improve their performance on the offensive side of the ball.

The Cavs have been enjoying quite a bit of success recently, and are currently looking to improve upon their three-game winning streak. With three quality contributors returning to the court, they are beginning to look like a more dangerous team with each passing day.