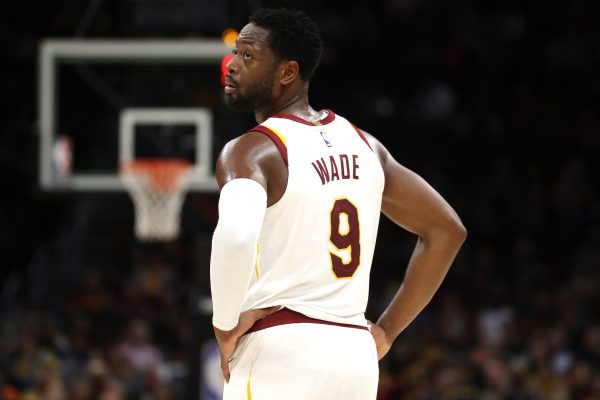 Taking ownership of a problem that exists is a clear indication of leadership, with one of the newest members of the Cleveland Cavaliers making sure that the team’s fan base is aware that he’s aware of the issue at hand. In this case, that player is shooting guard Dwyane Wade, who addressed the team’s slow start that’s seen them lose six of their first 11 games and struggle on the defensive side of the ball.

Dwyane Wade to #Cavs fans after win over #Bucks: "We apologize for the way we've started the season. We're gonna be better." #NBA

Currently, the Cavaliers rank 28th among 30 NBA teams in points allowed and have struggled in defending key areas like opposing 3-pointers. Some of the other reasons for the Cavs’ slow start have been attributed to a dramatic change in the makeup of the roster and the chemistry issues that involves, along with key injuries. The team is scheduled to begin a four-game road trip and is seeking to get back above the .500 mark.

The 35-year-old Wade came to the Cavaliers during the first week of training camp in September after being bought out by the Chicago Bulls. Prior to that, he had spent his entire career with the Miami Heat, where he teamed with LeBron James to help the Heat to four consecutive trips to the NBA Finals. In both 2012 and 2013, the Heat captured the NBA title, something that Wade had first experienced in 2006, when that franchise captured its first championship.

Wade got off to a slow start this season, eventually moving from a starting role to one in which he came off the bench. During Sunday’s 117-115 loss to Atlanta, Wade offered his most impressive performance of the young season by notching his first double-double with the team by scoring 25 points and grabbing 11 rebounds.