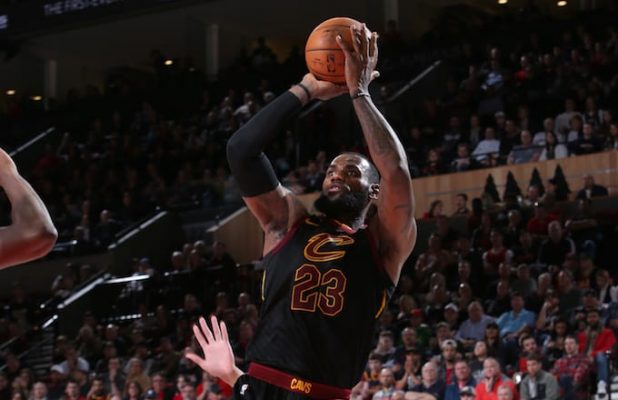 The topic of the league’s greatest player of all-time was discussed once again, this time in an episode of NBA TV’s “Game Time” Monday night. Detroit Pistons legend Isiah Thomas weighed in on the topic and gave the same answer he always has: Kareem Abdul-Jabbar.

“Kareem is the pinnacle,” Thomas said.

He then went on to explain why he believed Abdul-Jabbar deserved the title of greatest of all-time.

“There’s a debate in terms of Jordan and LeBron,” Thomas continued. “And on any given night, who do you like? For me I look at the total body of work where LeBron James is as a basketball player. If I had to pick one over the other, right now I’m picking LeBron James over Michael Jordan. Because Jordan would beat you at scoring, but this guy beats you at everything. He rebounds, he assists, he gets everybody involved. He’s bigger, he’s faster, he’s stronger and right now he’s doing his thing.”

Zeke is not alone in his assessment of James being better than Jordan, but there aren’t many who would agree with him too. The issue stems mostly from James’ lack of championship rings (three) compared to Jordan’s (six) even if the former’s body of work, as Thomas implied, is superior to the latter’s.

At 33 years of age, the Cleveland Cavaliers forward has amassed a number of awards and broken numerous records. In February, the 14-time All-Star became the only player in league history to record at least 30,000 points, 8,000 rebounds and 8,000 assists in his career.

His career isn’t over yet, so James has time to change more people’s minds. Perhaps when that day comes, others will join Thomas in picking James over Jordan.