Don't Miss
Home / Team News / Report: Cavs to Be Without 6 Players in Today’s Matchup vs. Bulls

Report: Cavs to Be Without 6 Players in Today’s Matchup vs. Bulls 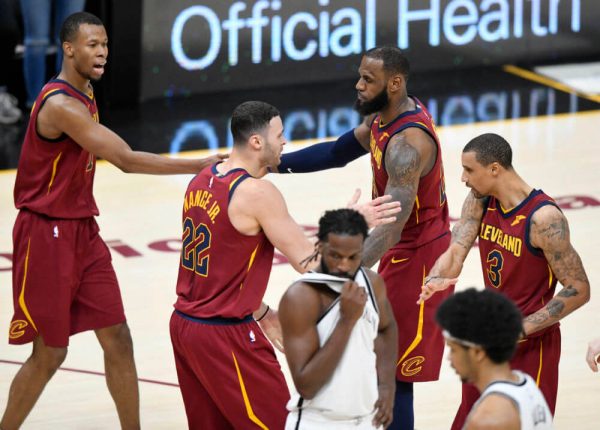 The roster hits keep coming for the Cleveland Cavaliers.

According to Joe Vardon of Cleveland.com, shooting guard Kyle Korver will be missing Saturday’s game against the Chicago Bulls due to an undisclosed family issue.

Not only will the Cavs be without Korver, they will also be missing five other players: Rodney Hood, Larry Nance Jr., Tristan Thompson, Cedi Osman, and Kevin Love are currently all out with injuries.

The Cavs have struggled to overcome these key absences in recent games, losing three of their last four matchups. Getting a victory will be that much harder without Korver, who has played incredibly well in recent games, averaging 17.6 points per game over his last three.

Cavs head coach Tyronn Lue canceled Saturday’s shootaround, so there is no clear indication of who will start in Korver’s place, but fans will likely see J.R. Smith back in the starting lineup until Korver can return.

Luckily, the Cavs can expect to get some much-needed firepower back in the coming days. Love is targeting March 23 for his return. Until then, however, the Cavs are likely to be shorthanded as they embark on the final stretch of the regular season.

With a playoff spot all but guaranteed for the Cavs, their main priority should be entering the postseason as close to full health as possible. If that means losing a few games along the way, it may be a price they’re willing to pay.