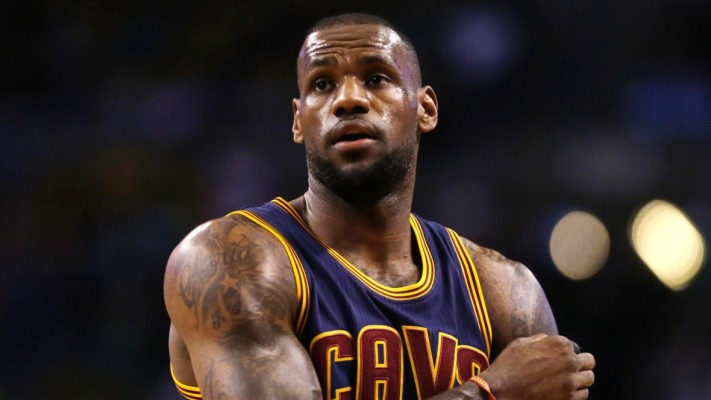 The Cleveland Cavaliers are battered and bruised before the regular season has even begun.

With the season opener less than three weeks away, the Cavaliers face the realistic possibility that Kyrie Irving, Kevin Love, Tristan Thompson and Iman Shumpert will all miss the first game of the year.

Despite this reality, LeBron James doesn’t believe he has to carry the team. During shootaround as the Cavs prepared to play the Atlanta Hawks on Wednesday, the four-time MVP stressed how he will lead, but won’t have to carry the unit:

“I will lead this team, but I don’t have to carry it. We have enough guys until all our guys get here. Until Kyrie Irving and Tristan Thompson and Iman Shumpert is ready, we have enough guys that will all help. It’s not about me carrying the team and that nature. We’re all grown men, we’re all professionals and they’re here to do their job.”

Irving, Love and Shumpert are three of the projected starters this season, while Thompson is arguably the Cavaliers’ top player off the bench. If those four players are out of the lineup when Cleveland opens the season versus the Chicago Bulls on October 27th, the Cavs will likely go with a starting lineup of Timofey Mozgov, Anderson Varejao, James, J.R. Smith and Mo Williams.

Both James and Smith showed up an hour before Wednesday’s shootaround to get shots up before the rest of the team arrived. The 30-year-old forward spoke of the purpose behind the practice:

“Just trying to get better. It’s all about repetition. In order to try to be as good as you can, it’s about getting on the floor and getting extra work in. And that’s what we do. Myself and J.R., we got some chemistry. We got some great chemistry and we just try to give it our all.”

While LeBron is confident in his teammates despite the mounting injuries, he still recognizes how important it is to get everyone healthy:

“I’m a guy who is all about chemistry and camaraderie on the floor. But you need your guys to be healthy. So I’m not quite sure if Kev [will be ready]. Obviously we know Kyrie won’t be available. Shump won’t be available. So it’s unfortunate, but we want to get these guys healthy and get them to 100 percent as close as possible.”

If the Cavs want any shot at winning the championship this upcoming season, their health will be of the utmost importance.

cleveland cavaliersfeaturedJ.R. Smithkevin lovekyrie irvinglebron jamesnews tickerTristan Thompson
← Previous Story Iman Shumpert on Recovery From Injury: ‘You Have to Start From Damn Near Square One’
Next Story → LeBron Vows to Wreck Havoc Against Anyone Who Wears His Sneakers