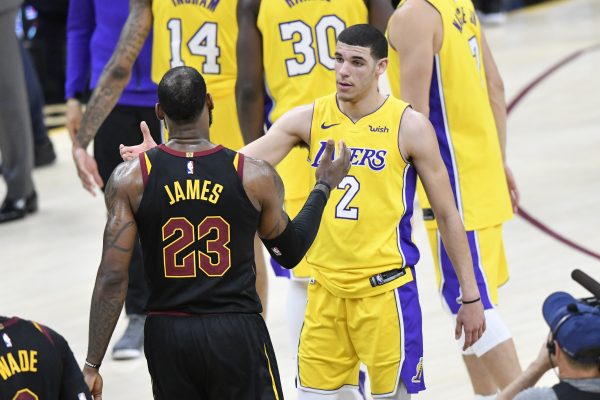 NBA teams are trying to recruit LeBron James early. The Philadelphia 76ers have already started with cryptic Instagram hashtags from Joel Embiid and Ben Simmons. Not only that, Philly-based company Power Home Remodeling recently put up three billboards in Cleveland to recruit James.

Former Los Angeles Lakers point guard Jordan Clarkson told Cleveland.com’s Joe Vardon that when he was in Los Angeles, the players would talk about the King’s much-anticipated free agency. Clarkson admitted they used to discuss the idea of James wearing purple and gold.

“I wouldn’t say like management and the coaches or nobody, but in the locker room people talk when they see what’s going on,” Clarkson said during his post-game interview after the Cleveland Cavaliers’ 113-108 win versus the Denver Nuggets.

“That’s probably the only thing, people talk in the locker room.”

But this time, the buzz has gone way outside the locker room. Longtime Laker fan and personal injury lawyer Jacob Emrani paid for four billboards to be put up all over Los Angeles to entice James to join Lonzo Ball and company.

If that’s the mood right now in L.A., imagine how fans will react when the Lakers play the Cavs on March 12?

It’s going to be a wild one for sure.