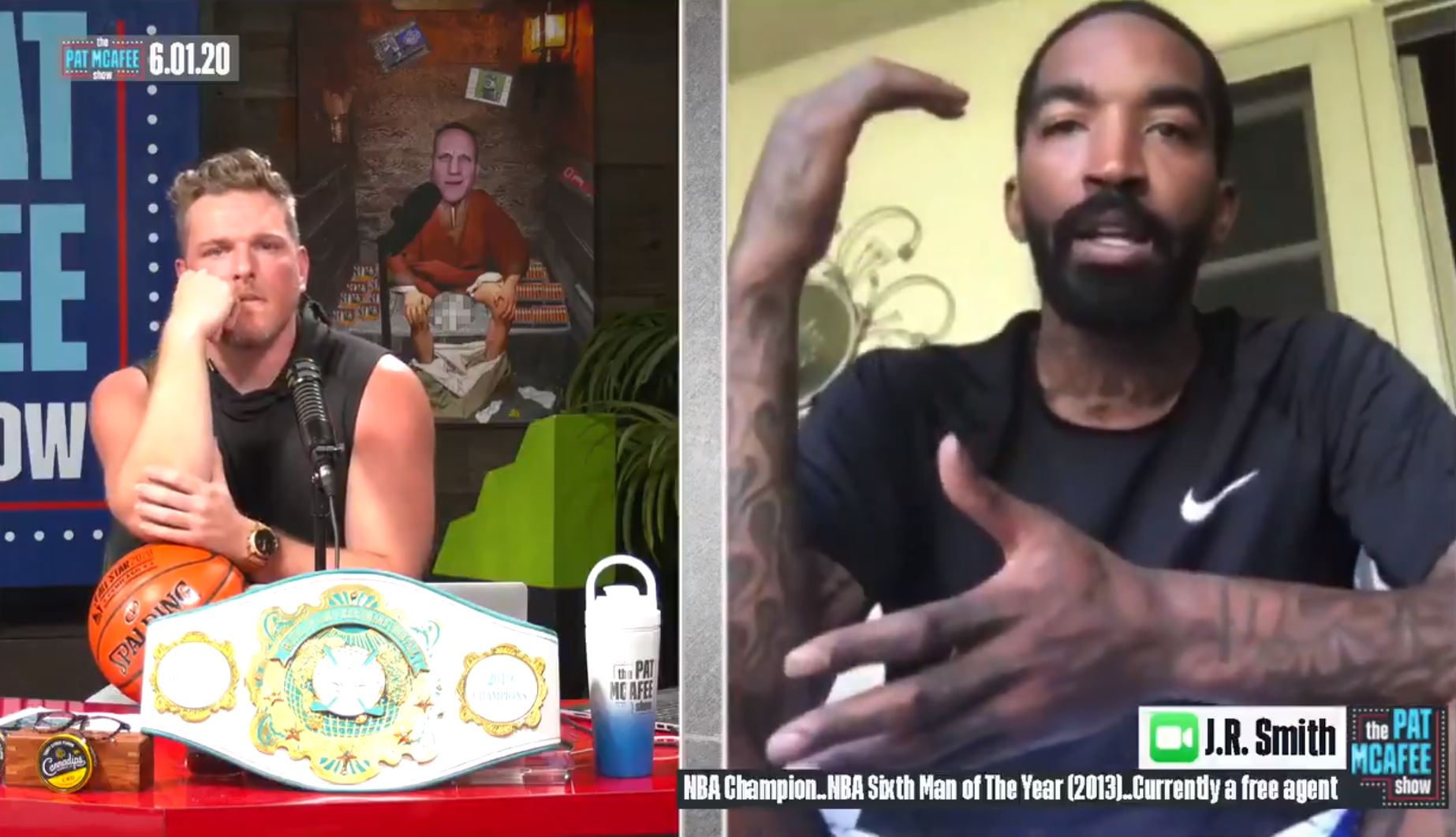 "I'm 34 years old I have 4 little girls at home.. Regardless of the fact whether it was right or wrong.. I don't want them to have the image of their dad being capable of doing that"@TheRealJRSmith on easing up on his blows to the man vandalizing his car #PatMcAfeeShowLIVE pic.twitter.com/E05ITrjflv

The incident took place while Smith was protesting in Los Angeles, with Smith later using social media to offer his side of the story.

The current volatility taking place across the country because of the death of George Floyd in Minnesota was undoubtedly the reason for Smith taking such a proactive approach. That’s because any video that emerged from the incident could have easily been taken out of context and seen as a potential hate crime by Smith.

The 34-year-old Smith has had on-court scuffles over the years, with past behavioral concerns one of the reasons why he played for four different teams over the course of his 15 NBA seasons.

However, during the majority of Smith’s time with the Cavaliers, he had few off-the-court problems and focused largely on his family.

Smith last played in the NBA in November 2018, when he was effectively banished by the Cavaliers for directing criticism toward the organization for what he considered to be tanking of the 2018-19 season.

Efforts by the Cavs to trade Smith both during and after the season came up short, which resulted in the Cavs eventually releasing him.

No team has indicated any plans to add Smith to their roster. Rumors about him potentially signing with the Los Angeles Lakers had surfaced in early March after he was scheduled to work out with the team.