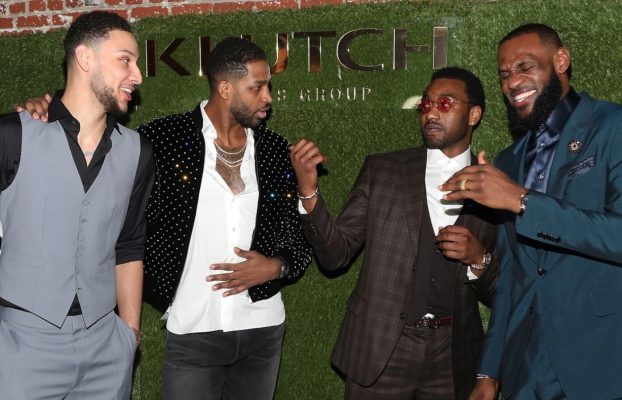 The NBA’s biggest stars are enjoying the All-Star festivities in Los Angeles this weekend, and that seems to include a bit of free agency recruiting.

On Sunday morning, Philadelphia 76ers star point guard Ben Simmons took to Instagram to hint at his hopes of LeBron James leaving the Cleveland Cavaliers this offseason to sign with the 76ers as a free agent.

Cavs big man Tristan Thompson and Washington Wizards point guard John Wall were also included in the picture, but James was clearly the star of the photo.

Simmons’ caption might not make much sense to the casual NBA fan, but a quick search reveals that at midnight on June 30, James will officially become a free agent.

Simmons’ sly attempt to recruit James to Philadelphia comes months after it was first reported that some executives around the league believe that the 76ers will make a concerted effort to bring the four-time MVP to the City of Brotherly Love this offseason.

While playing with young stars like Simmons and big man Joel Embiid would certainly be attractive for any star in the NBA, Philadelphia is not considered to be a serious contender to land James.

Lately, it seems not a week goes by without new reports regarding James’ future in the NBA. While it would certainly be nice to know what his future holds, the rumors are likely to only intensify as we edge closer and closer to the June 30 deadline.