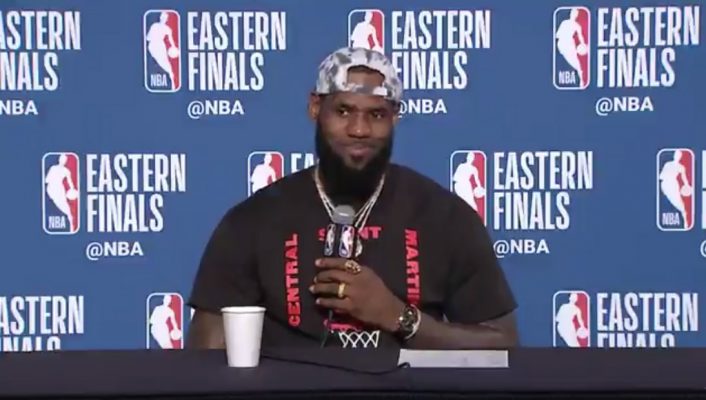 Over the 15 years of Cleveland Cavaliers forward LeBron James‘ NBA career, his ability to come up big when the pressure is at its highest has stamped him as a basketball legend. Yet he has taken countless shots from many members of the media who tend to focus most of their energy on the times he hasn’t succeeded.

During the postgame press conference after Game 6 of the Eastern Conference finals, a reporter named Paolo from ESPN Brazil prefaced his question to James saying that the veteran had been clutch during his entire career. James was pleased with the comment, specifically asking him for his name and stating that such comments were rare among those in his profession.

LeBron made a new friend ? pic.twitter.com/HRbapCqM1D

James then indicated that he was uncertain why he was given the compliment, joking that it might have been due to the fact that it was National Wine Day or his fondness for Brazil. Regardless of the sentiment, the 46-point performance helped keep the Cavaliers’ season alive and send them back to Boston for Game 7 on Sunday night. The winner of that contest heads to the NBA Finals, where James has played each of the previous seven years.