Video: First Look at the Newest Cavs in Practice 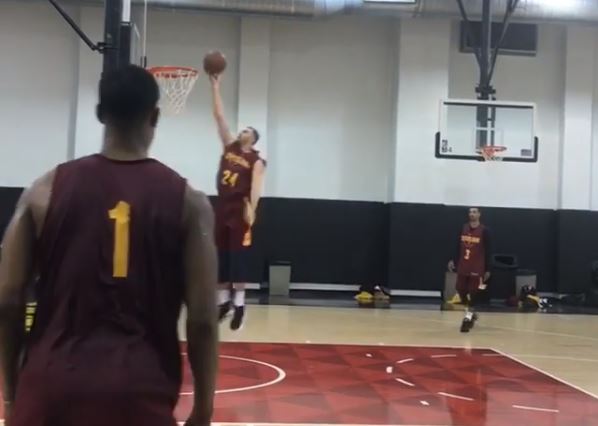 The Cleveland Cavaliers used social media to give fans a glimpse of the team’s newest members on Saturday. The newcomers were seen practicing in preparation for the team’s huge Sunday afternoon clash against the Boston Celtics.

Guards George Hill, Jordan Clarkson and Rodney Hood, along with big man Larry Nance Jr., are each getting a crash course in establishing chemistry with their new teammates. All four sat out Friday night’s victory over the Atlanta Hawks.

How much each of them plays remains open to question, though Cavs head coach Tyronn Lue did announce that Hill will be in the starting lineup. He’ll be matched up against former Cavs point guard Kyrie Irving.

The contest against the Celtics will tip off just after 3:30 ET on Sunday and will be nationally televised.