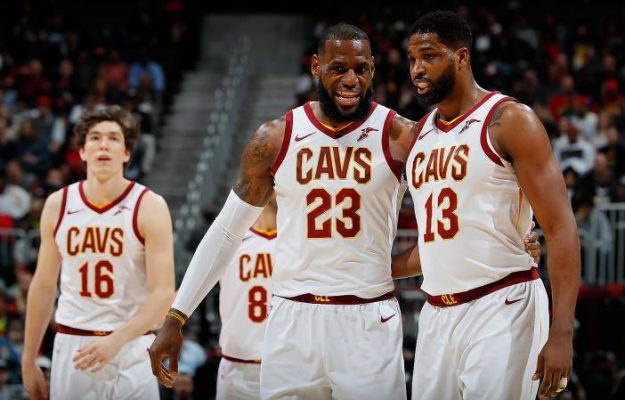 After a momentous Thursday in which the Cleveland Cavaliers swapped out six of their players in exchange for George Hill, Jordan Clarkson, Larry Nance Jr., and Rodney Hood, Cavs head coach Tyronn Lue has announced the team’s new starting lineup come Sunday against the Boston Celtics.

Cleveland’s new faces will be playing in their first game since being acquired and Lue will roll out with a surprising starting lineup of George Hill, J.R. Smith, Cedi Osman, LeBron James, and Tristan Thompson.

Hill was expected to be starting as he will bring a solid two-way mindset that the Cavs have been so desperately lacking in the starting lineup. However, the most surprising starters are Smith and Osman.

Despite Smith’s recent stretch of good games, he has been struggling for most of the year. Perhaps Lue thinks that bringing Hood’s scoring punch off the bench will suit the team better than replacing Smith in the starting lineup.

In addition, it’s surprising to see Osman go from barely getting seven minutes a night to now starting for a championship-contending team.

The Cavs will look to take down the No. 1 Celtics tomorrow afternoon at 3:30 PM E/T.