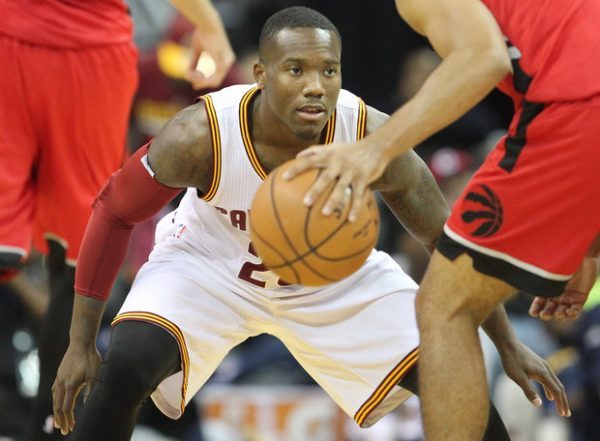 The official start to Cleveland Cavaliers point guard Kay Felder’s NBA career will have to wait at least a few days after the rookie was declared out of the season opener due to a concussion.

Joe Vardon of Cleveland.com indicated that the injury occurred during the team’s Friday practice, when the 5-foot-9 Felder took an elbow to the head from 6-foot-10 reserve center Chris Andersen. As a result of the injury, Felder will remain in the league’s concussion protocol until he’s judged to be fully recovered.

The Cavs were already short-handed at the point guard slot, so in order to address Felder’s absence, head coach Tyronn Lue will use Iman Shumpert to back up Kyrie Irving. Cleveland general manager David Griffin has been seeking additional depth behind Irving by attempting to make a deal before the rosters are set on Monday afternoon at 5 p.m. ET, but has thus far been unsuccessful.

During last season’s NBA Finals, Kevin Love left Game 2 after suffering a concussion and missed the next contest. Though he returned for Game 4, he didn’t return to his previous level of play until the climactic Game 7 title-clinching victory.

After Tuesday’s game against the New York Knicks, the Cavaliers will be off until Friday, when they travel to Canada to take on the Toronto Raptors.