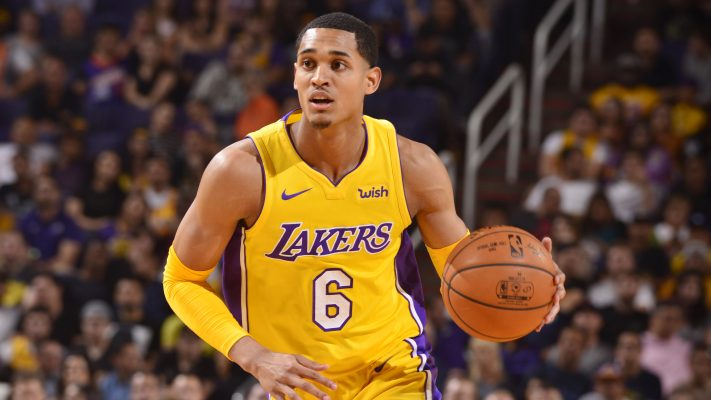 The Cleveland Cavaliers sent shockwaves throughout the NBA on Thursday afternoon as they executed a number of blockbuster trades resulting in an entirely revamped roster.

One of those trades included bringing former Los Angeles Lakers guard Jordan Clarkson to the Cavs along with teammate Larry Nance Jr. in exchange for Isaiah Thomas, Channing Frye and their own first-round draft pick.

Although it was clear that Jordan was emotional following his exit from Los Angeles, he posted an inspiring message via social media following the trade:

To LA: Words can’t express what it meant to me to wear the Purple and Gold. As a kid from Texas, playing for the legendary Lakers was nothing short of a dream come true. For the last four years, this city has watched me grow, LA has become my home and the incredible people here have become my family. I am proud of everything I have achieved as a player, teammate and in the community and want to say thank you for all of your support during this journey. Gonna miss ju, my brother ty, brewski, kcp all my sons jbarkley, slenderman/ ting dawg , kuz, zo, tb and the rest of my dawgs. I will always have love for LA and I will continue to show support for this community, even after I leave. Thanks Lakernation To Cleveland: I can’t wait to see the city,suit up, bust my ass and give everything I have to bring another championship to The Land!

Clarkson also spoke with Tania Ganguli of the Los Angeles Times and couldn’t contain his excitement when asked about competing for a possible championship in Cleveland:

“Yeah that’s real exciting. Just really changed my mindset on everything knowing that we’re coming in there trying to compete for a title.”

Clarkson, 25, will bring with him a dynamic scoring punch off the bench that the Cavs have been desperately lacking. In just 23.7 minutes per game this season, Clarkson is averaging 14.5 points, 3.0 rebounds, and 3.3 assists per game.