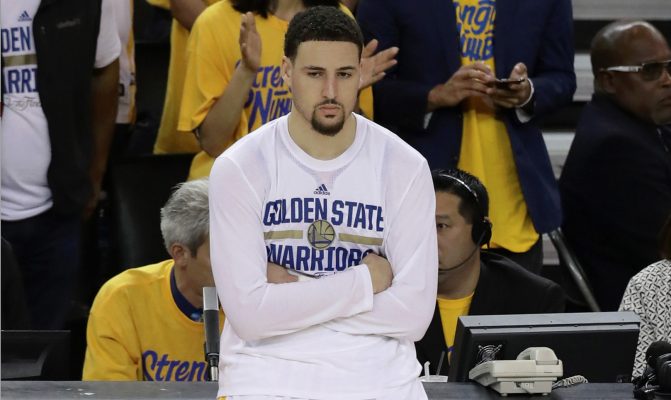 During the NBA Finals Thompson was seen openly criticizing Cleveland Cavaliers superstar LeBron James, calling him “soft” and saying that he “couldn’t have survived in the ’80s with the physicality and the words guys said to each other back then.”

As it turns out, not only was Thompson wrong as James and the Cavs came back from a 3-1 deficit to historically knock off the winningest team in NBA history, but the former Los Angeles Laker was so defeated, that he failed to show up to work the next day.

He reportedly called off of work due to “undisclosed reasons,” however something tells me he might’ve got his feelings hurt.