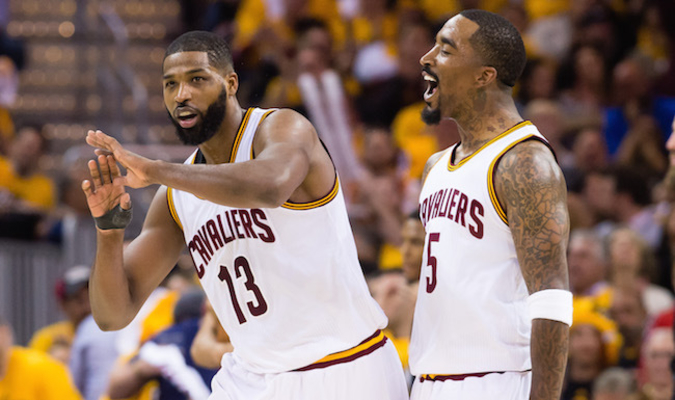 The current atmosphere surrounding the Cleveland Cavaliers has become quite toxic. Reports of finger-pointing, yelling matches, and a growing rift between LeBron James and the front office have come amidst a dismal 7-14 record over the last six weeks.

On Wednesday, ESPN’s Brian Windhorst said that he and executives around the NBA believe the Cavs would likely have to move multiple players to try to help fix their current issues.

“If the Cavs were serious about still trying to save this season, what I and executives that I have talked to think is that they should trade three or four people by Thursday,” he said. “Not necessarily because you think you’re going to get better defensively or you’re going to help this or that, but you gotta clear the air out of the locker room because the chemistry, and the togetherness, and the trust is so bad right now that I don’t know if it can be repaired.”

Windhorst continued to say that if the Cavs should let the Thursday deadline pass without making a move, it would indicate how serious team owner Dan Gilbert is about keeping James in Cleveland past this season.

“If the Cavs do nothing by Thursday it is essentially buying LeBron a plane ticket out of town,” he said. “Reading how they’ve handled the last six to eight months, I think that’s kind of where Dan Gilbert wants them to go.”