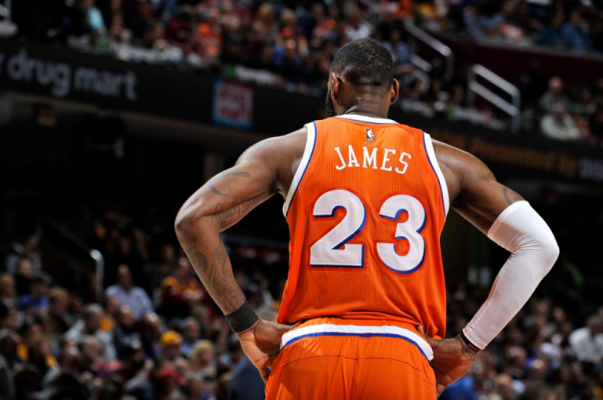 The NBA announced today that Cleveland Cavaliers superstar LeBron James has been named Eastern Conference Player of the Week for games played Dec. 5 through Dec. 11.

This is the third time James has won the award during the 2016-2017 NBA season, expanding his total to an NBA-record 56 Player of the Week awards.

The four-time MVP began the week with 34 points, eight rebounds, seven assists and two steals in the Cavs’ 116-112 road victory against the Toronto Raptors. Two days later, under the brightest lights in the league, James put up 25 points, six rebounds and seven assists in a 32-point blowout win in New York City.

Against his former team, the Miami Heat, James passed Elvin Hayes (27,313) for ninth place on the NBA’s all-time scoring list and finished with 27 points, eight rebounds, eight assists and three steals in another 114-84 blowout win.

Saving his best for last, the All-Star lit up the Charlotte Hornets the next day with a season-high 44 points, nine rebounds, 10 assists  and three steals on 17-of-24 (70 percent) shooting from the field, including 5-of-10 shooting from downtown. According to the Elias Sports Bureau, James became the first NBA player to have at least 44 points, nine rebounds, 10 assists and a .700 field-goal percentage since the great Wilt Chamberlain did it back in 1968 (53/32/14/.828).

James also reached his 7,000th career assist against the Hornets, becoming the first player in league history to record 27,000 points, 7,000 rebounds and 7,000 assists.