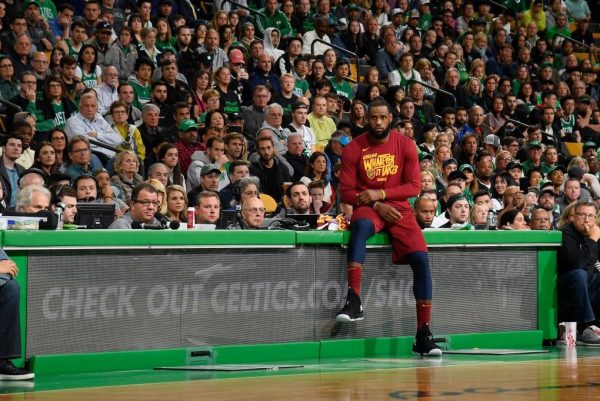 The 108-83 loss suffered by the Cleveland Cavaliers to the Boston Celtics in Game 1 of the Eastern Conference Finals puts the Cavaliers in a position of having to win Tuesday night’s Game 2 to avoid facing a 2-0 deficit in the series. In the opinion of LeBron James, the Cavs’ performance in Game 1 wasn’t indicative of any new strategic moves put in place by the Celtics and can serve as part of the learning process.

"I've seen every coverage, pretty much. Game one is typically a feel out." – LeBron James on the #Celtics coverage.

Once again, the ? isn't fazed by a @cavs Game 1 postseason loss. #WhateverItTakes pic.twitter.com/ZEMTEZo0Vt

In addition, James isn’t expecting a repeat of the struggles the Cavaliers had for three quarters, including a horrific first half that saw them trailing 61-35 at intermission. He explained how the Celtics were able to deliver that early punch.

.@KingJames says Bos had a great game plan and did a great job of communicating..we will be much better in Game 2”

The key problem in the loss stemmed from Cleveland’s 32 percent shooting from the field in those first two quarters, compared to Boston’s 60 percent shooting in that department over the same period of time. The Cavaliers were especially cold from long-range, missing their first 14 three-point attempts and finishing just 4-of-26 in that category.

The Cavs will have to wait until Tuesday night to try and even the series at one game apiece. That contest will tip off just after 8:30 p.m. ET and will again be played at TD Garden in Boston. After that game, the best-of-seven series will then shift to Cleveland for games on Saturday and on Monday, May 21.