Don't Miss
Home / Videos / Video: LeBron Explains Why Win Over Pistons Was One of Cavs’ Most Complete Wins

Video: LeBron Explains Why Win Over Pistons Was One of Cavs’ Most Complete Wins 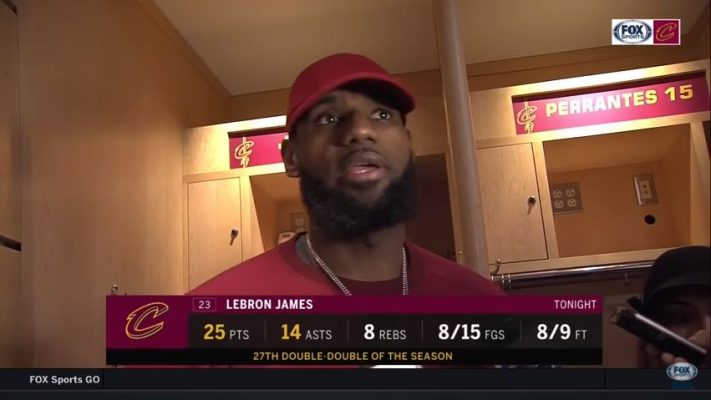 The win over the Detroit Pistons on Sunday marked the first time that the Cleveland Cavaliers had won two games in a row since mid-December.

Following the victory, LeBron James told reporters that he believed Sunday’s victory was one of the most complete games the Cavs have played all season.

“I didn’t like our second quarter tonight. We allowed a couple open looks with no contests, so we gotta continue to work on our habits on that,” James said. “For the most part, throughout 48 minutes, I think this one of the best that we’ve had, obviously as of late. We followed the game plan. We was on time and on target offensively. Not many turnovers in the fourth quarter like we had last game, so that was progress.”

James also reflected on whether or not he and his teammates can build upon their current two-game winning streak.

“Every game is something to build on. I think tonight was another positive note of that,” he said. “Will look forward to watching the film tomorrow when we come in and we go from there.”

After a very troubling month, both on and off the court, it’s great to see that there may in fact be light at the end of the tunnel. The Cavs will find out if they can continue their streak on Tuesday night when they head to Detroit to take on the Pistons once again.