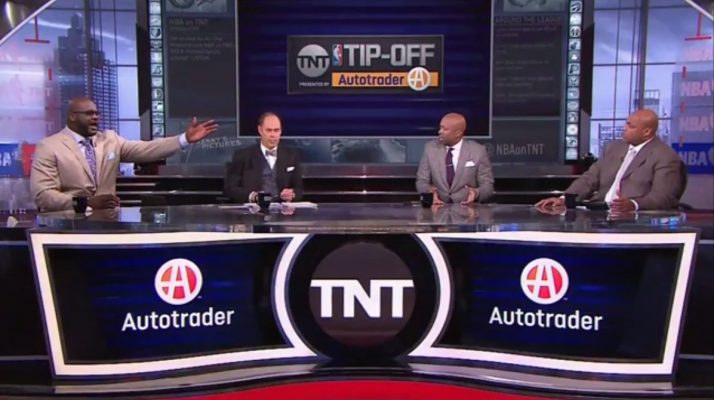 The biggest topic of conversation around the league still seems to be the tirade Cleveland Cavaliers superstar LeBron James unleashed Monday night after the Cavs lost to the New Orleans Pelicans, 124-122.

After the frustrating loss, James openly called out the Cavs’ front office for poor roster management, and demanded they go out and get another playmaker. This inspired various responses from around the league, including those from NBA guards Nate Robinson and Jordan Crawford and James’ own general manager David Griffin.

On Thursday night, the topic came up on TNT’s “Inside the NBA” and led former players Charles Barkley and Shaquille O’Neal to get into a heated argument. O’Neal sympathized with James’ comments, while Barkley called them “whiny” and “inappropriate.”

Watch the fiery exchange unfold below.