Report: Internal Conflict Among Cavs Due to Division Between Old Players and New Players 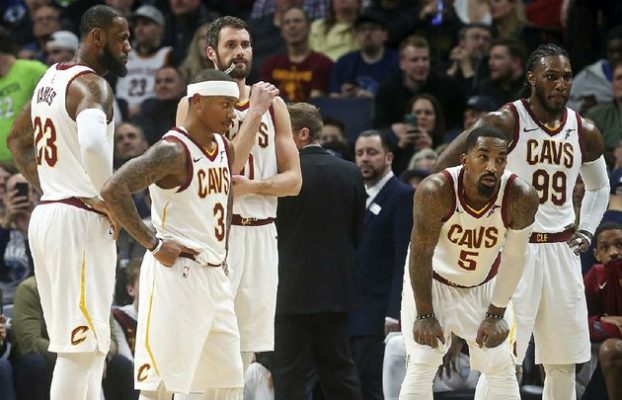 A month’s worth of problems on the court for the Cleveland Cavaliers has seen them struggle to bounce back from a frustrating stretch in which they’ve lost 10 of their last 13 games. Those issues have apparently helped erode a key facet of any team: trust.

Dave McMenamin of ESPN.com wrote about how the conflict is apparently between players that have been a part of the team for the past few years and the eight new additions to this year’s roster.

“There is no trust out there on the court. This is the worst it’s been,” said one anonymous player, who McMenamin referred to as a member of the “old guard faction.”

Another unnamed player cited by McMenamin spoke about the confusion that currently reigns in the Cavaliers locker room, something that the player believes can be fixed:

“Everybody wants accountability, but nobody actually wants to be held accountable,” one player told ESPN. “The crazy thing is that it still all feels correctable.”

During his postgame press conference on Tuesday night, Cavaliers head coach Tyronn Lue spoke of the need for his team to stay connected.

The Cavaliers will take Wednesday off before practicing on Thursday. The following night, they’ll host the Indiana Pacers in an effort to start a new path toward reaching the NBA Finals for the fourth consecutive year.