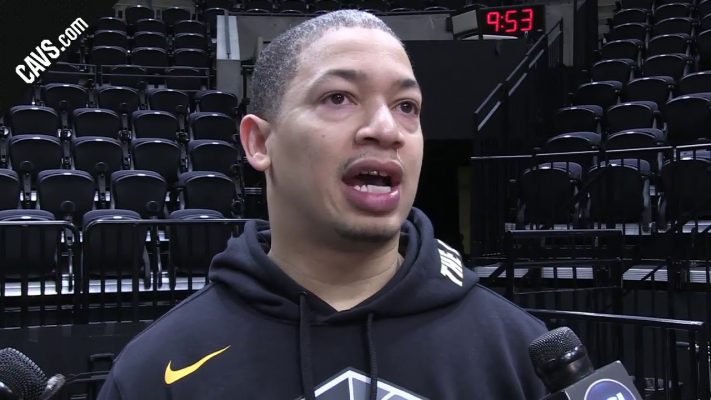 The Cleveland Cavaliers continue to struggle to find ways to win and have now lost 10 of their last 13 games.

In an effort to switch things up and get some much-needed victories, Cavs head coach Tyronn Lue is reportedly making a change to his team’s starting lineup.

This change will result in a new starting lineup made up of Isaiah Thomas at the point guard position, J.R. Smith at shooting guard, LeBron James at small forward, Kevin Love at power forward, and Tristan Thompson at center. As for Jae Crowder, he will look to make an impact coming off the bench for the foreseeable future.

Lue first told reporters that he planned to make a change to the Cavs’ lineup following their loss to the San Antonio Spurs on Tuesday. Initially, Lue did not reveal how he planned to switch up the lineup, but it seems he wants to see if going big will help the Cavs on both sides of the court.

Following their most recent loss, Lue preached staying together amidst reports saying that there is a growing divide within his team’s locker room.

It remains to be seen whether or not the shift in the starting lineup helps rebuild some of the chemistry and trust that the Cavs seemed to lose in late December. With the exception of Thomas, every member of the new starting lineup has years of experience playing together. Hopefully that veteran presence will help right the ship for Lue and the Cavs.