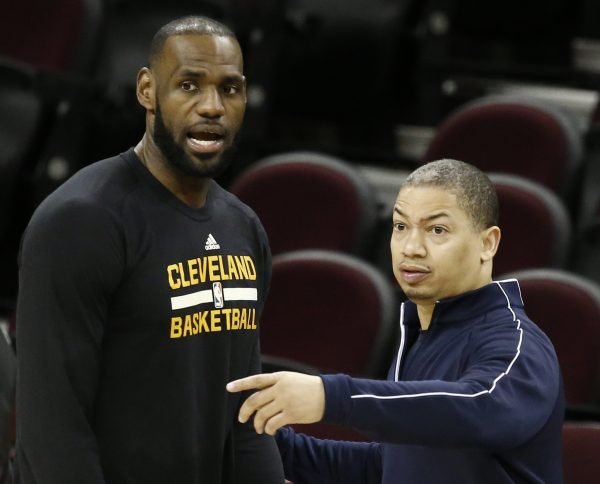 The Cleveland Cavaliers are getting closer to full-on panic mode. Following Saturday night’s blowout loss to the Oklahoma City Thunder, they have now lost nine of their last 12 games, and there seems to be no easy fix to turning this season around.

Cavaliers head coach Tyronn Lue has one idea, however. To try and curb his team’s current lack of success, he has decided to make the team practice more.

Tyronn Lue says he eschewed the film session – not wanting to dwell on the negative – and instead used practice time to put the Cavs through their paces defensively and do 5-on-5. In terms of changes, Lue said he will not shuffle the lineup but he does plan to practice more.

The Cavs made news last season when they announced they would be removing many aspects of their team practices to avoid injuries. A similar theme has rolled over into this season, and according to Joe Vardon of Cleveland.com, some players were more than happy to stay off the court.

“I’ve never seen anything like this, but I could get used to it,” Dwyane Wade said back in December.

While it seemed to work for them then, it is clearly not working for them now. Just last week, point guard Isaiah Thomas told members of the media that he was going to have to depend on games to get the necessary reps to get back into playing shape because the Cavs don’t practice that often.

It seems Thomas is going to get his opportunity to get in some practice now.

There is no telling whether this move will help improve the Cavs’ performance on the court or backfire and create tension between Lue and his team. One thing is clear though: Something must be done to improve how the Cavs are currently playing. Hopefully the added practice time is exactly what this team needs to get back on track.