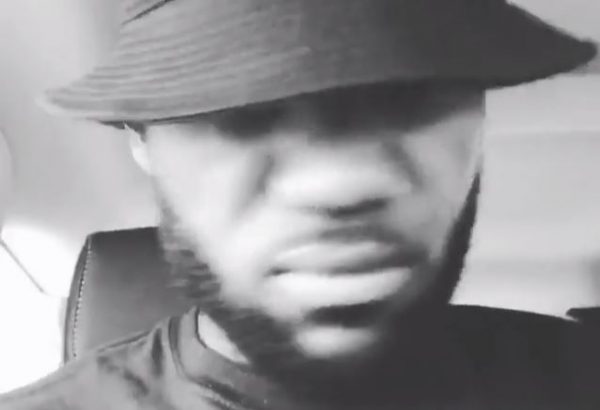 The rumors of Cleveland Cavaliers superstar LeBron James being “blindsided and disappointed” with the news of Kyrie Irving seeking a trade away from the Cavs may hold some truth after all.

That’s because on Instagram, James posted two videos with lyrics that almost certainly were directed at Irving, who has seemed to have lost The King’s trust over the past couple days.

The lyrics are as follows:

Shoot a p—- n—- in his head if he cross us,
Take that s— to trial if the feds making offers,
Five hundred thou,’ Louis said we lookin’ awesome,
Swap that Patek for them cuffs, take them off us,
Lil’ b—-, call me lil’ fish,
N—– tryna turn my lights out, it’s still lit,
Streets calling and they said they was some real s—,
Young bull looking like he hit a real lick.

The next video is less subtle and seems to even be a direct shot at Irving. The song again comes courtesy of Mill with the song titled, “Heavy Heart.”

The lyrics in the video are as follows:

James has been known to subtweet and throw subtle shots via social media to be interpreted by media at their own risk, however with a line like, “N—– said they with you when they really not,” a day after rumors of Irving wanting to be traded, this may be as direct as it gets.