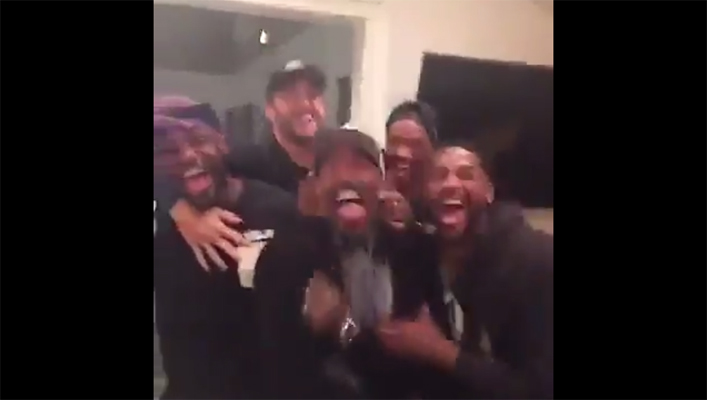 Despite being absent from Cleveland Cavaliers training camp due to contract problems with the team, free agent shooting guard J.R. Smith still seems to be popular among his teammates. That was evident from two short videos posted on Richard Jefferson’s Snapchat account.

J.R. Smith is reunited with the #Cavs! @TheRealJRSmith is back with his squad

The #Cavs are HYPED to be back with J.R. Smith!

Whether or not this was another subtle message from James and his teammates to Cavaliers management about getting a new contract worked out is open to question. However, the unmistakable takeaway is that the team’s chemistry remains just as strong as it was prior to winning the NBA title back in June.

The Cavaliers get their 2015 preseason schedule going next week and then open up the defense of their first-ever NBA championship on October 25 with a home game against the New York Knicks.