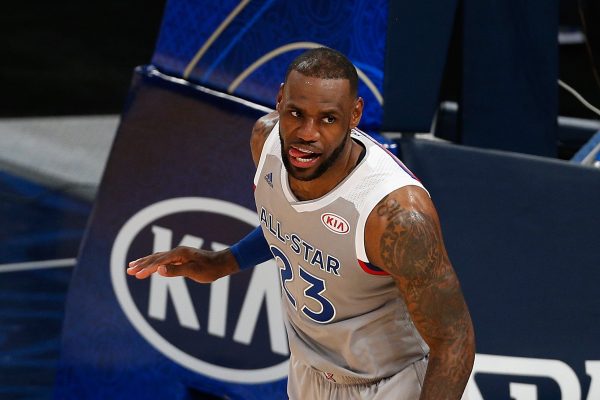 Two weeks ago, Milwaukee Bucks forward Giannis Antetokounmpo told members of the press that if he held onto his place atop the leaderboard for All-Star Game votes he would select LeBron James to be his No. 1 pick.

It now seems that James will have the chance to select Antetokounmpo first overall.

On Thursday, it was reported that James will be the All-Star votes leader when the final results are announced tonight.

LeBron will be the NBA’s All-Star vote leader when final results are announced tonight, I’m told. I guess that would mean he gets first pick in draft

While Antetokounmpo is certainly deserving of the No. 1 vote-getter, it is no surprise that James ultimately overtook him in the polls. Despite the Cleveland Cavaliers‘ current struggles, James is having a truly phenomenal season statistically and is currently averaging 27.3 points, 8.8 assists, and 8.0 rebounds per game. He is also shooting 55.7 percent from the field, and 37.6 percent from beyond the arc, both well above his career averages.

This is undoubtedly an accomplishment for both James and the Cavaliers organization. The celebration will likely be quite tempered, however, considering the fact that they have lost eight of their last 10 games.

There is still more than a month remaining between now and the All-Star Game. Hopefully, Cleveland is able to turn its recent struggles around by the time James heads to Los Angeles to represent his team in the highly-anticipated event.