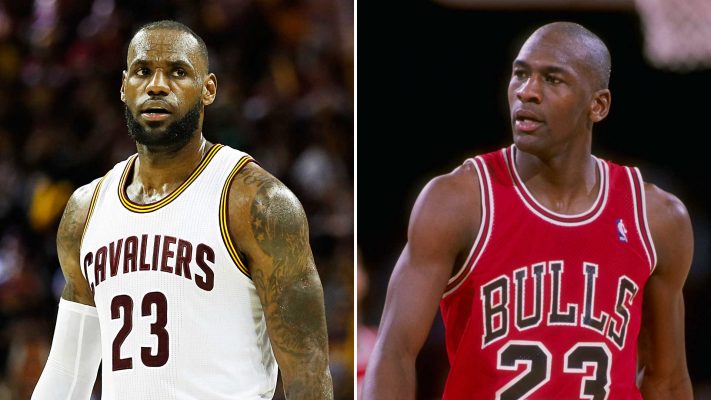 Some think LeBron James will never manage to surpass Michael Jordan as the best player in NBA history, but NBA dad and infamous blowhard LaVar Ball has already envisioned a way that James could solidify his place atop the basketball throne.

Unsurprisingly, Ball thinks the only path James could take to finally be considered the best player in NBA history is if he were to join LaVar Ball’s son Lonzo Ball in Los Angeles and help the Lakers win a title.

LaVar believes eventually LeBron will end up in L.A. pic.twitter.com/oxBo8GNgYy

James has been rumored to be considering a move to Los Angeles this offseason when he becomes a free agent. The Lakers’ current struggles, including a nine-game losing streak, seem to point to the fact that not even James could muscle them to an NBA championship anytime soon.

Lonzo Ball and James appear to already have a mutual respect for one another, but James seemingly feels quite differently about his father.

If James had his way, LaVar Ball would keep James’ name out of his mouth. As the Cavaliers continue to prepare for another playoff run, the Cleveland faithful would undoubtedly prefer it that way as well.