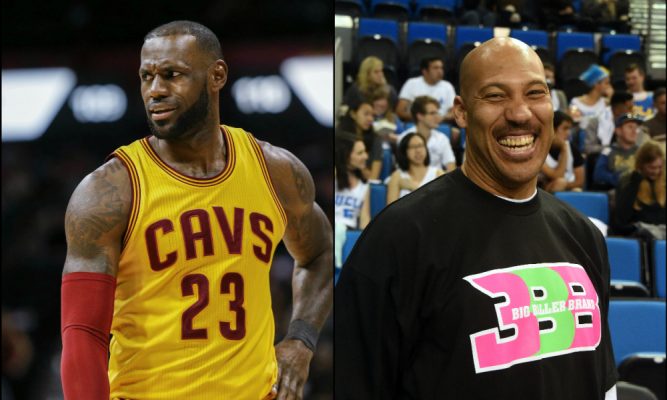 Cleveland Cavaliers forward LeBron James angrily responded on Tuesday to LaVar Ball’s controversial remarks last week about their respective families, taking issue with the fact that his sons were referenced in the explosive comments.

Ball, the father of UCLA star Lonzo Ball as well as two other up-and-coming standout basketball players, last week compared his sons to those of James and former NBA players Dell Curry and Joe Bryant. Curry has two sons, including two-time MVP Stephen Curry, who’s currently playing for the Golden State Warriors, while Kobe Bryant recently finished up a 20-year career last season and is destined for the Hall of Fame.

“The monsters in the NBA, their dads wasn’t that good,” Ball said. “They were OK, they was players, but the fact that the old [Dell] Curry wasn’t no All-Star, he wasn’t cold. He could shoot the ball, though. Kobe Bryant, his dad wasn’t all that, that’s why he’s such a monster.