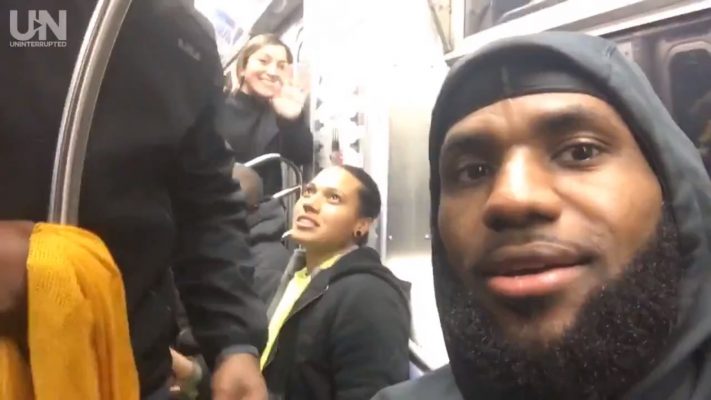 As the Cleveland Cavaliers prepare for their Monday night matchup against the New York Knicks, LeBron James and his teammates are indulging in the New York way of life by taking the subway from the team’s morning shootaround back to their hotel.

James posted a video of the ride on Twitter, featuring his teammates and a number of New Yorkers who got a big surprise during their morning commute.

“On our way back from shootaround,” James began before bringing teammate Kyle Korver into the video. “Decided to take a different transportation this time. Where we at Kyle?”

Korver quickly joined in on the narration.

James then turned the camera around to show Channing Frye and Dwyane Wade squeezed into the train car along with their fellow commuters.

“We’re on the train man, headed back to the hotel getting ready for the Knick game tonight,” James said before signing off.

Monday night’s game is an important one as the 6-7 Cavs look to improve their current standing in the Eastern Conference by topping the 7-5 Knicks. The Cavs are clearly not letting the gravity of the game weigh on them, however, as they seem to be thoroughly enjoying their day in New York before taking the court this evening.