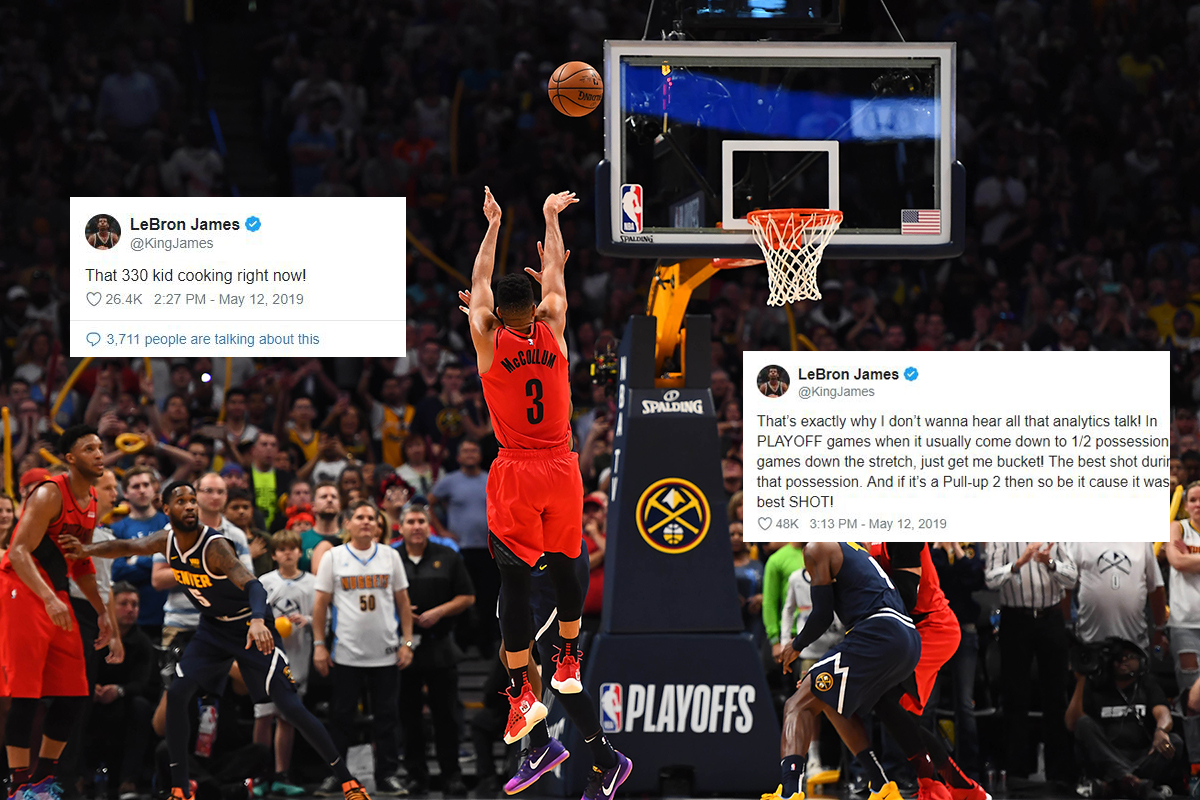 LeBron James may no longer be a member of the Cleveland Cavaliers, but he’s still a huge fan of the state of Ohio.

McCollum led his team to the Western Conference Finals with arguably his best game of the postseason, finishing the night with 37 points and nine rebounds. He effectively sealed the win with a 16-foot jumper to put his team up, 98-95, with 12.4 seconds on the clock.

While the midrange jumper has become progressively rare in recent seasons, James applauded McCollum’s decision to take the shot with the game on the line.

That’s exactly why I don’t wanna hear all that analytics talk! In PLAYOFF games when it usually come down to 1/2 possession games down the stretch, just get me bucket! The best shot during that possession. And if it’s a Pull-up 2 then so be it cause it was the best SHOT!

McCollum has spent his entire professional career with the Blazers, but he first rose to notoriety in the basketball world at GlenOak High School in Canton, Ohio. He went on to be named the Gatorade Ohio Player of the Year in his senior season.

Now McCollum and the Blazers will go on the face the Golden State Warriors in the Western Conference Finals. While it’s not quite as good as another Cavs championship, an Ohio hero bringing down the Warriors dynasty would be quite a cause for celebration.