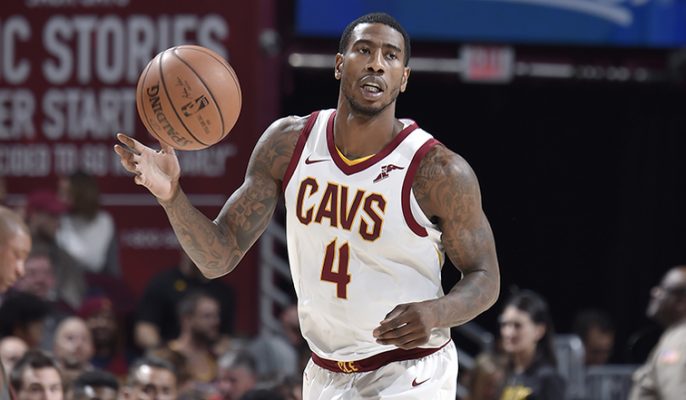 On Thursday, the Cleveland Cavaliers announced that shooting guard Iman Shumpert would undergo surgery to repair an effusion in his left knee. It wasn’t until Thursday night, however, that a report of Shumpert’s timetable to return was released.

While the team will not officially announce the swingman’s timetable until after his surgery on Friday, Shumpert is reportedly expected to miss six to eight weeks.

An official timetable on Cleveland guard Iman Shumpert's return will come after knee surgery on Friday, but Shumpert could miss 6 to 8 weeks, league sources tell ESPN.

Shumpert had been dealing with pain in his left knee since he left in the second quarter of the Cavs’ Nov. 17 matchup against the Los Angeles Clippers. The news of his surgery and extended absence, however, certainly comes as a surprise.

The Cavs will look to overcome the many injuries on their roster and extend their current nine-game winning streak. Shumpert will surely be supporting his teammates as the season continues while he works to return to the court.