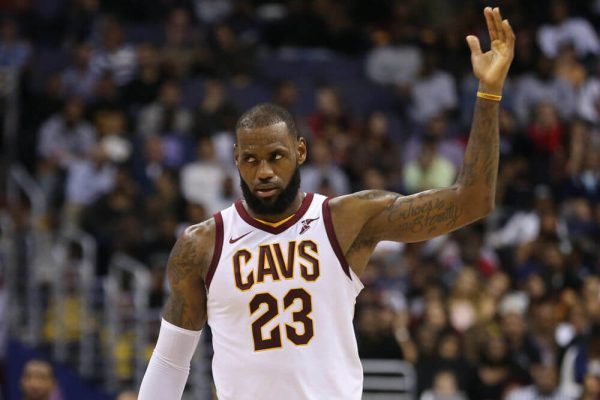 Cleveland Cavaliers superstar LeBron James is having a superb season. With Kyrie Irving gone and Isaiah Thomas injured, the four-time MVP has carried the Cavs’ load early on and has put up dazzling numbers in the process.

The three-time NBA champion is averaging 28.5 points, 8.6 assists and 7.8 rebounds in 37.7 minutes of play. While the numbers might seem common for a current MVP candidate, what’s not normal is that James is doing this in season No. 15. Most players can’t even put that up these numbers in their prime.

The consistent, 15-year dominance by James hasn’t gone unnoticed. Hours before the Cavs’ matchup against the Philadelphia 76ers, shooting guard J.J. Redick called James the greatest player to ever play the game.

While addressing the Ben Simmons-LeBron James comparison, J.J. Redick slipped in this: "LeBron, I think, is the greatest player to ever play."

Although the conversation between the reporter and Redick revolved around James and his similarities to rookie Ben Simmons, who is putting up 18.5 points, 9.1 rebounds and 7.7 assists, Redick couldn’t help but praise the four-time MVP. Numerous players have yet to dub James as the greatest of all-time simply because he hasn’t surpassed Michael Jordan’s six championships.

However, the 23-year-old’s production over the past few seasons has been other-worldly. On top of hoisting the Larry O’Brien trophy three times, the forward has been to the NBA Finals seven straight seasons. In his 15 years in the league, the King has averaged 27.2 points, 7.3 rebounds and 7.1 assists.

If James hasn’t already eclipsed Jordan as the greatest, he’s definitely on his way there. The 14-time All-Star still has years left until he hangs it up and hasn’t showed any signs of deterioration.