Cavs News: Jose Calderon to Be in Starting Lineup vs. Detroit Pistons 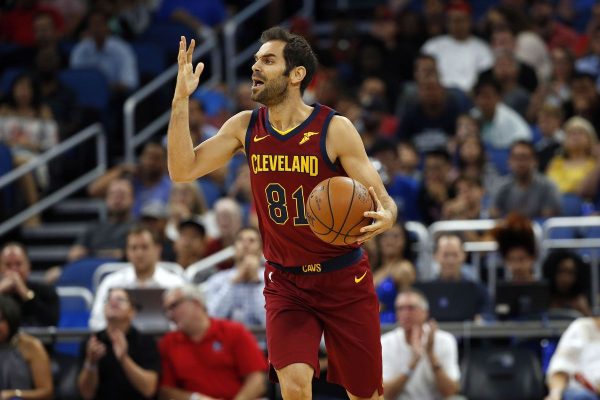 The injury issues that have plagued the Cleveland Cavaliers during the first month of the 2017-18 NBA season have resulted in the team’s head coach, Tyronn Lue, trying to put together a number of different starting lineups. On Sunday, Lue was forced to make another change when he announced that veteran Jose Calderon will be inserted in place of the injured Iman Shumpert for Monday night’s game in Detroit.

“We got him in last game and we knew at some point we were going to need him,” Lue said. “He’s a great veteran to have and he gets some steadiness. Once he gets a feel and gets comfortable, I think he’ll be great. So he’s getting the big start tomorrow.”

Calderon is a 36-year-old veteran who was signed during the offseason and is currently in his 13th NBA season. In seven games this season for the Cavaliers, Calderon is currently averaging just 6.7 minutes per contest, scoring 1.0 point per game and dishing out 0.7 assists. The Cavs are his seventh NBA team.

Shumpert is expected to miss most of the next week, with other members of the depleted backcourt also looking to get back to full health in the weeks ahead.