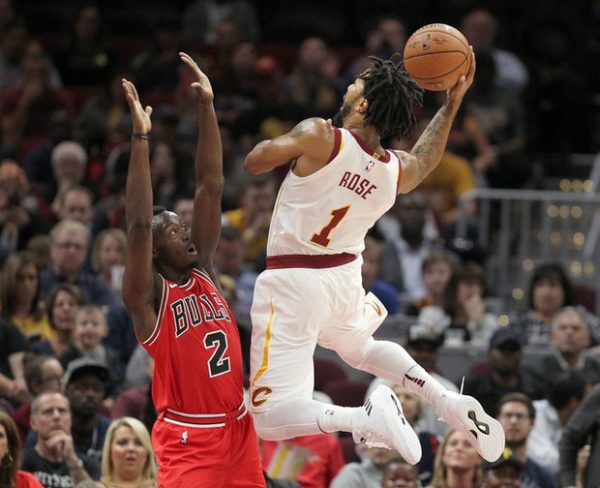 Cleveland Cavaliers point guard Derrick Rose has already missed significant time this season as a result of an early-season ankle injury and according to head coach Tyronn Lue, it’s going to take at least two weeks before the oft-injured point guard can return to the court.

Rose had returned from the initial injury to play against his former team, the New York Knicks, back on Oct. 29. Five games later, Rose was back on the bench and has not played since the Cavs’ win over the Milwaukee Bucks on Nov. 7. He has since missed the last four games and will likely miss many more before he is fully healthy.

Ty Lue says that Derrick Rose is out tonight and will miss at least the next two weeks.

Rose has shown flashes of his incredible ability while on the court for the Cavs this season and is averaging 14.3 points, 2.6 rebounds, and 1.7 assists per game. His injuries, however, have made him far less valuable than the Cavs hoped the former NBA MVP would be when they signed him to a one-year, $2.1 million contract this summer.

The Cavs have managed to string together a three-game winning streak in Rose’s absence. They will look to continue that streak against the Los Angeles Clippers on Friday night.